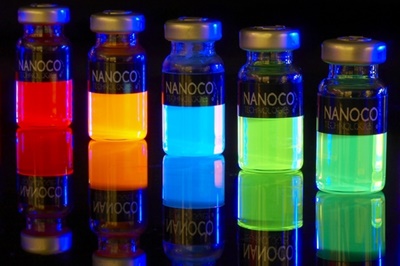 UK-based cadmium-free quantum dot (CFQD) developer Nanoco has signed up its second major customer in the past ten days, with global chemicals firm Merck agreeing to market the technology for displays applications.

Like Taiwan’s Wah Hong Industrial, Merck has signed a non-exclusive licensing agreement. Nanoco had previously worked with Dow Chemical on an exclusive basis, but that strategy was abandoned earlier this year.

Under the terms of the latest deal, Merck will pay both a licence fee and royalties on its sales of the CFQDs, which can start with immediate effect. At first those sales will be limited to the materials produced at Nanoco’s Runcorn, UK, facility, although Merck is also free to establish its own production facility if market demand is deemed to be sufficient.

However, most of that growing demand has thus far been met with older cadmium selenide (CdSe) quantum dot materials, with CFQDs emerging more recently as an alternative that is able to meet environmental concerns around the use of cadmium.

Like many heavy metals, most obviously lead, the use of cadmium in manufacturing is generally banned by the European Commission, although various exemptions have been introduced – most notably, as far as photonics applications are concerned, in glasses for microscopy and thin-film CdTe solar panels made by First Solar.

Commenting on the Nanoco deal, the CEO of Merck Performance Materials Walter Galinat said: “With CFQDs a remarkable increase in the color range and a significant reduction in power consumption can be achieved. These cadmium-free quantum dots are eco-friendly and also complement our product portfolio for the display industry.”

He added: "The licence agreement with Nanoco will strengthen our position in quantum materials research, for which we laid the foundations by acquiring Qlight Nanotech of Israel last year."

According to its parent company, Qlight had developed rod-shaped quantum materials that offered the advantage of re-emitting polarized light, something that ought to result in higher-brightness output via the polarizer typically used in the materials stack of a liquid-crystal display.

Nanoco chief Michael Edelman said following the latest announcement: “This agreement with Merck is another major endorsement of the world-class quality of our CFQD technology. We are convinced that Merck can leverage its position in the display industry with these innovative materials."

OLEDs in handsets; QDs in TVs
Although OLED technology looks set to take over as the primary display type in mobile handsets and other relatively small devices like tablet PCs – as evidenced by a recent boom in orders for Coherent’s excimer lasers used in OLED production – analysts at Lux Research do not believe that this take-over will be mirrored in TVs, partly because of rival quantum-dot technology.

Lux reckons that the market for QD-enhanced LCDs will grow at a compound average rate of 60 per cent through 2020, rising from a market value of just $510 million in 2015 to more than $5 billion by the end of the decade.

“We expect CFQDs to be a significant player in QD displays,” the analyst firm told optics.org last year, adding that although in the past indium phosphide quantum dots tended to deliver a wider linewidth than CdSe, and therefore less “pure” colors, the likes of Nanoco have improved CFQD optical performance by tweaking their compositions.

Inevitably, the eventual market opportunity for CFQDs will depend to some degree on the legislation agreed by the European Commission and European Parliament, institutions that have found themselves in major disagreement over the use of cadmium in microelectronics applications.

• Nanoco’s stock price, which had already risen sharply on the London Stock Exchange over the past month, jumped another 4 per cent in value on news of the Merck agreement. Trading at around 75p on August 1, the stock was up from just 40p at the end of June, translating to a market capitalization of approximately £170 million.