IPG Photonics has posted a record-breaking sales figure in its latest fiscal quarter, with revenues up 8 per cent on the same period last year to $252.8 million.

The Massachusetts-headquartered maker of fiber lasers also maintained its perennially high profit margins, delivering a 9 per cent uptick in net income to $67.1 million for the three months that ended June 30.

But founder and CEO Valentin Gapontsev told investors that average selling prices had taken a dip as the company focused on retaining its high market share. Noting that the aggregate kilowatt output of the lasers that it shipped in the latest quarter were up 20 per cent on last year, he explained:

“The difference between revenue growth and total kilowatts sold is due to lower selling prices related in part to competition because we want to make sure that we maintain market share.”

Gapontsev added: “It is a significant achievement but it does mean that we have to invest again in the production capacity and operating structure in order to support the volume of product and work hard to reduce cost and maintain target gross margins.” 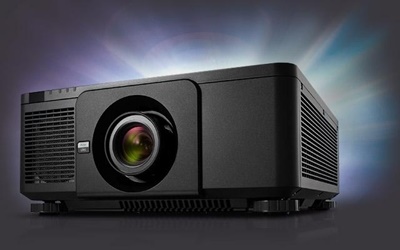 Systems diversification
The CEO also said that IPG was working to diversify its business in a number of areas, including a growing focus on laser systems, in addition to the fiber laser sources that it has built its reputation on so far.

“Year-to-date our systems business has grown by slightly more than 50 per cent,” he told an investor conference call discussing the latest results. “This growth has mostly come from the US, while in Russia we continue to work on numerous opportunities.”

Among those efforts in Russia are a new orbital laser welding system for oil well casings, as well as unique systems for welding transcontinental gas pipelines, and large titanium alloy parts.

Laser cinema and UV marking
IPG’s six-color laser luminaire for 3D digital cinema is another route to diversification. During the firm’s investor day earlier this summer Gapontsev said this had been a “huge sensation" at the CinemaCon trade show held in Las Vegas in April, with hopes that thousands of theaters could end up adopting the technology.

“[We] currently have several prototypes in long-term internal test and continue to build fast-growing interest from several Tier 1 OEMs,” he said in the latest quarterly results call.

Other diversification efforts include a low-power ultraviolet marking system now said to be ready for launch, with units under evaluation at several customer sites. “Some of these potential customers have many hundred[s of] production lines around the world using UV markers,” Gapontsev pointed out.

On top of that, the firm is now building the first production batch of its ultrafast lasers, offering pulse durations in the low-picosecond and even femtosecond range.

• With total sales expected to come in at around the same level in the current quarter, IPG’s Nasdaq-listed stock price remained steady at around $84 – equivalent to a market capitalization of around $4.5 billion.