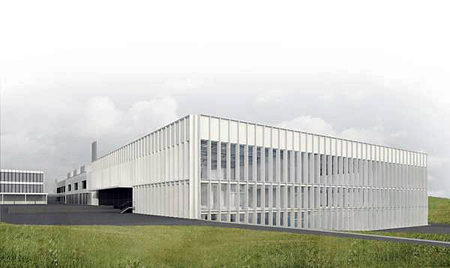 The company says the expansion "will provide sufficient space for all production-related departments such as clean rooms, assembly and office areas, which in turn will have a positive effect on material flows and lead times."

The new facility, designed by the Berlin-based architectural firm Barkow Leibinger, is due to begin production by the end of 2017. Furthermore the company plans to expand its current development center in Schramberg, which opened in 2013, by adding an extra floor, covering an area of 1800 square meters.

"The trend towards using solid-state lasers in industrial production shows no signs of stopping," said Peter Leibinger, Vice Chairman of the company's managing board. "Our investments will create the conditions necessary for the laser to continue along a course of successful development. Given how the laser industry has been developing economically, we're optimistic that we'll be able to create even more jobs at the Schramberg site in the years to come," Leibinger said.

In the current 2015/2016 business year, Trumpf has equipped an average of 60% of its machine tools for cutting applications with solid-state lasers. Next year, this number is expected to rise to 70%. The demand for solid-state lasers is also on the rise in material processing.

"Many industrial applications aren't even possible without solid-state lasers," said Leibinger. "Microprocessing in particular is a field in which lasers are really tapping into new, fascinating possibilities. But solid-state lasers have also established themselves as reliable laser beam sources in high-power applications such as automobile manufacturing and ship building. 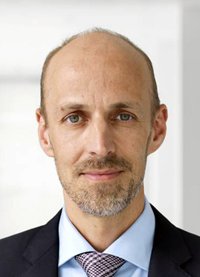 "Unlike with CO2 lasers, the light emitted from a solid-state laser has a shorter wavelength, typically just a single micrometer. This allows it to be coupled into flexible finer optic light cables. The advantage of this approach is that the laser light is able to reach the workpiece easily and directly, making it much simpler to integrate solid-state lasers into production lines.

"By contrast, the CO2 laser's longer wavelength of around 10μm forces the laser light to rely on sensitive mirror optics in order to guide the beam to the workpiece. A further advantage of the solid-state laser is its comparatively high overall efficiency, making it a much more economic option for manufacturers."

German company Axoom, together with its parent company Trumpf Group, has been awarded the German Industry Innovation Award in the “Industry 4.0” category. The 2016 jury included physics Nobel Prize winner Professor Klaus von Klitzing and former astronaut Ulf Merbold. The jury noted that Trumpf recently launched "the most comprehensive and concrete solution in its sector for bringing “Industry 4.0” to market, through Axoom's digital business platform for manufacturing.

“We are very happy to win this renowned award and to be designated a 2016 Cool Vendor,” said Florian Weigmann, managing director of Axiom. "With our software solution we are offering organizations a low risk opportunity to utilize their data to increase efficiency and improve transparency. The award is further motivation for us to continue collaborating with customers and partners on solutions for the future of manufacturing.”