‘Lab in a plasma bubble’ could improve cancer care 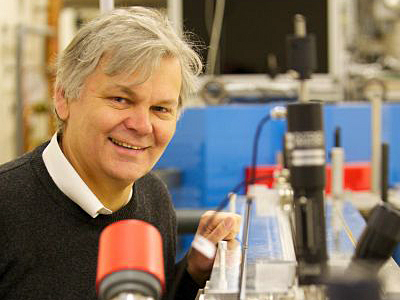 A £4.5million ($6.6 million) University of Strathclyde-led project to produce bubble-sized “laboratories” could boost cancer treatment, medical imaging and industrial processes. The researchers are aiming to use powerful lasers to conduct experiments in plasma bubbles with diameters equivalent to one tenth of the cross-section of a human hair – or approximately 800μm2. Plasma forms 99.999% of the matter in the universe.

Professor Dino Jaroszynski, of Strathclyde’s Department of Physics, commented, “We have a clear focus on fundamental physics but strive to apply the knowledge we gain. Important applications are medical, which could have a profound impact on society and quality of life.“

“Short duration and brilliant pulses of X-rays are useful for following the dynamics of the structure of matter, to monitor chemical reactions, or for taking holographic snapshots to make 3D microscopic movies.

“There is, of course, a large demand for improved cancer therapy in the UK. Particle therapy is currently seen as a possible route for improving treatment of certain types of cancer and the quality of life of patients – particularly young children. The benefits of the project will be wide-ranging, from pure academic research to numerous new applications in medicine and industry.“

Some of these applications could have a significant impact, say the Strathclyde team, including making improvements in medical radiotherapy, nuclear fusion, and imaging of dense matter.

Professor Jaroszynski believes that, by creating the bubble-sized radiation sources and compact accelerators, his team’s research could also drive improvements in other sectors. “Compact gamma-ray sources could have an impact on the detection of nuclear material at borders, which would contribute to enhancing global security. Imaging of stored nuclear waste could also have an impact on the legacy of nuclear power generation,” he said.

Co-investigators on the project include the Universities of Glasgow and St Andrews, and Lancaster University. The details of the grant award on the EPSRC website reveals the diverse nature of the participants in the ‘Lab in a bubble’ project: 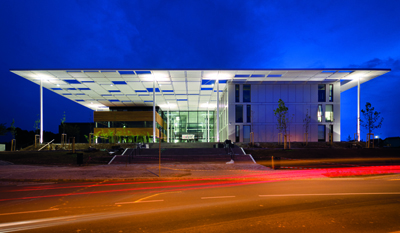 The new ELI Beamlines facility in the Czech Republic.

The “lab in a bubble” project is an investigation of the interaction of charged particles with radiation inside and in the vicinity of relativistic plasma bubbles created by intense ultra-short laser pulses propagating in plasma. It builds on recent studies carried out by the ALPHA-X team of coherent X-ray radiation from the laser-plasma wakefield accelerator and high field effects where radiation reaction becomes important.

The experimental program will be carried out using high power lasers – notably with the recently-opened ELI Beamlines facility in the Czech Republic – and investigate new areas of physics where single-particle and collective radiation reaction and quantum effects become important, and where non-linear coupling and instabilities between beams, laser, plasma and induced fields develop, which result in radiation and particle beams with unique properties.

New analytical and numerical methods will be developed to enable planning and interpreting results from experiments. Advanced experimental methods and diagnostics will be developed to probe the bubble and characterise the beams and radiation. An important objective will be to apply the radiation and beams in selected proof-of-concept applications to the benefit of society.