Osram hooks up with Universal Display on OLEDs 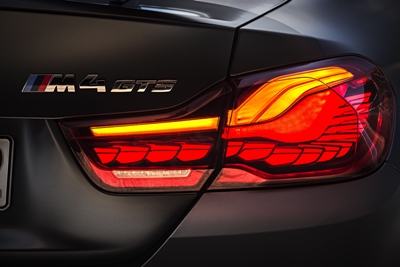 Under the agreement, Osram will begin sampling UDC’s proprietary “PHOLED” phosphorescent materials for solid-state lighting applications. UDC, which recently said that it expected annual sales to rise 15 per cent this year after a flat 2015, already has strong relationships with blue-chip customers including Samsung and LG Display – the two companies that have spearheaded the adoption of OLEDs in display applications.

The move comes amid reports that Osram is to halt its investments in OLEDs for general lighting, concentrating instead on automotive applications – although in announcing the Osram deal UDC did say that “automotive, residential and commercial” applications were all on the agenda.

Auto focus
Osram CEO Olaf Berlien reportedly told analysts at the company’s recent annual general meeting (AGM) in Munich that while the cost of LED-based solid-state lighting continues to drop, OLED technology is too expensive to expand beyond applications in TVs, phones, and cars. Last year Osram’s rival Philips dropped its own investment in OLED development, for the same reasons.

Berlien has also sanctioned a $1 billion investment in LED chip manufacturing at Osram’s Malaysian production site – a move that prompted a plunge in the firm’s stock price as investors questioned the wisdom of taking on what has become a hugely competitive sector.

But with both BMW and Audi, two important customers for Osram, showing off OLED-based rear lighting in concept cars in recent months, automotive applications look to be a much safer bet and production vehicles with OLED tail lights are expected to debut this year.

Because of the design flexibility inherent to OLED lighting, the technology is well suited to the curves of a modern car chassis, and also offers a lack of glare, low operating temperatures and a low operating voltage.

During the company’s recent investor call to discuss prospects for the coming year, he predicted:

“2016 is poised to be a meaningful year of building. Building significant capacity for the future of OLED adoption, building product road maps for new market applications and new OEMs, and new consumer adoptees.

“Leading panel manufacturers are currently building the framework for the next phase of expansion in high-volume OLED production to begin ramping in 2017.”

Zuckerberg reportedly said that only OLED screens are currently able to provide a truly “virtual” experience – largely because they update so quickly that the human eye does not perceive any flicker or distorted timing.

Abramson also told his investor call: “The consumer OLED landscape is expanding, and with OLED panel pricing becoming more competitive with LCDs, we expect the proliferation of OLEDs in the marketplace to accelerate. On the solid-state lighting front, automotive OLED tail lights are slated to enter the commercial market for the first time this year.

“Both the 2016 Audi TT RS Coupe and BMW's Concept M4 GTS are expected to have OLED tail lights. In addition to tail lights, automotive companies are looking to design OLED lighting panels in brake lights and turn signals. With all the benefits of OLED, we believe that this is just the beginning of the commercialization of the OLED lighting market. The future of OLEDs is bright.”

“Let's put the spotlight on the BMW M4,” he said. “In this vehicle, Osram is represented not only with laser lights in the headlamp, but also OLEDs in the rear lights.”