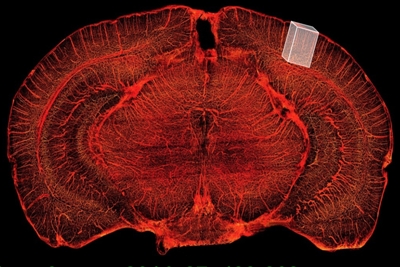 The entertaining and quickfire talk was presented by neurophysicist David Kleinfeld of the University of California in San Diego – reputedly the inspiration for the character “Beavis” in the Beavis and Butthead cartoon series created by former UCSD physics student Mike Judge.

The UCSD team has also studied people suffering from epilepsy, with the underlying message that investigations into rodent brain processes could give some insight into better understanding human neurological conditions.

“The challenge in nervous systems is that [while] the basic unit for switching events occurs on the one micrometer scale of synaptic spines, computations involve communication between individual neurons across the full expanse of the rat’s cortex - 10 mm,” Kleinfeld said.

The improvements in optical systems he needs to perform this work arise from the widely differing scales of the required measurements. Kleinfeld summarized his technology wish-list, saying, “There is a real need for the optics community to both look big and see fine.”

Large scan angles
Illustrating the broad scope of the UCSD group’s brain research project, he said, “Imaging fields as large as the mouse brain – in which signals travel a relatively long distance between the brain hemispheres – implies the need for large scan angles, which introduces significant astigmatism. This aberration can be minimized using two-photon microscopy with fixed correction.”

At the same time, analysis of blood oxygenation, which indicates activity level or stress, is performed by fMRI.

And what improvements in optical systems does Kleinfeld see as necessary to better perform this work? He gave several examples:

“Objectives with low magnification and large numerical aperture; putting these together is something that this field really needs but assembling them is a non-trivial issue. We also need new materials to make faster galvanometric measurements.”

He added a third request, one that is often heard in wider fields of biomedical and photonics research: “There is also the need for new functional indicators, considering the absorption spectrum of water at research-critical wavelengths.”

Special BRAIN session
Kleinfeld's keynote was one of the highlights among a burgeoning set of BiOS conferences covering the high-profile fields of optogenetics, neurophotonics and neural imaging.

Photonics West also hosted a special "hot topics" session dedicated to the US-based BRAIN Initiative, with representatives from industry, academia and government funding agencies calling for closer collaboration between the public and private sectors as the field matures.

Kunal Ghosh, co-founder and CEO of Inscopix, said at the event that the Palo Alto company, spun out from Stanford University’s world-leading neural imaging research activity, intends to extend its optical brain-mapping technology platform beyond its current use in mice to other animals and eventually humans. 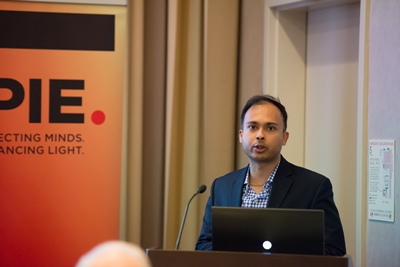 Inscopix CEO Kunal Ghosh: "There is a market here"

“There is a market here,” Ghosh told an overflowing conference room hosting the event, suggesting that the neurophotonics equivalents of gene-sequencing hardware firms Illumina and Affymetrix could be the outcome. “Look at genomics," he said. "When it started a couple of decades back an entire new sector was born.”

Short for the Brain Research through Advancing Innovative Neurotechnologies, the BRAIN Initiative is being funded by the National Institutes for Health (NIH) and the National Science Foundation (NSF). Both were represented at the specially arranged San Francisco technical session, along with the White House Office of Science and Technology Policy.