Now strategically focused on ultraviolet and multi-wavelength technologies, the London-listed company posts a 19% drop in sales. 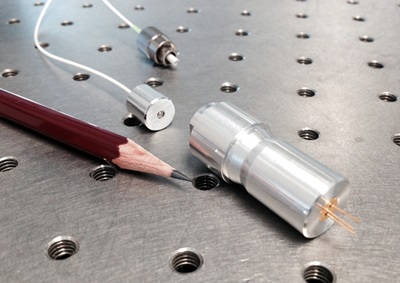 LED and laser diode module maker ProPhotonix has reported a sharp drop in revenues for the first six months of 2015.

At $6.7 million, the New Hampshire-headquartered firm’s sales were down 19 per cent on the same period last year – although CEO Tim Losik said that around half of that drop was due to adverse foreign currency fluctuations.

On the positive side, Losik pointed out that the London-listed company was able to post a small operating income of $0.1 million, while first-half orders of $8.7 million were up 2 per cent on the first half of last year and have improved further since the end of June.

“Since the end of the first half, the company has seen strong order bookings of $2.5 million for the first two months of the third quarter,” said the CEO. Last month the firm said it had won a three-year deal to supply custom LED illumination devices and diode laser modules for a “leading global manufacturer” of optical imaging and sensing equipment.

Losik also pointed out that ProPhotonix had been able to pay off some more of its long-term debt in the first half of the year. The firm’s latest balance sheet shows long-term debt standing at $1.1 billion – down from $2.3 million a year ago.

UV strategy
Two years after a financial restructuring that saw the departure of long-term chief Mark Blodgett, Losik says that ProPhotonix remains a company in the midst of a strategic transition.

He said: “Historically, our product development has been customer directed. This approach has served us well for specific applications and we continue to offer bespoke product solutions.

“Over the past two years, we have assessed various markets and product features in order to develop a product strategy focusing on specific markets to complement our direct customer engagement. To this end, we are concentrating our engineering talents in a couple of defined market areas that we believe are poised for fast market expansion.”

Those two focus areas are UV sources and multi-wavelength devices and systems. The first revolves around a variety of applications that ProPhotonix expects to grow in importance, for example curing, 3D printing, and medical microscopy.

To that end, the company has just released its latest UV LED offering within the “Cobra Cure” family – said to be the first of several new products in the line-up. ProPhotonix expects the UV LED market to grow at a compund annual rate of 40 per cent over the next few years, reaching a value of $500 million by 2019.

Aimed at curing applications, the “Cure FX” is available in various optical configurations and at wavelengths including 365 nm, 385 nm 395 nm and 405 nm. Multiple wavelength versions are also available.

"We see obvious opportunities which include a broad range of optical sensing and inspection applications in microscopy, industrial and security markets. We are in the research and development phase of these products and expect to announce various laser and LED products in the coming months.”