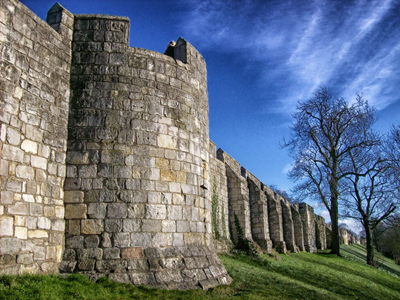 Stone theft from heritage sites is a growing problem.

Scientists at Loughborough University, UK, have reported that trials of a combined laser and chemical “blueprinting” technique could help prevent stone theft. Rural parts of Britain have been experiencing a surge in stone thefts recently, including paving slabs and garden ornaments, to the extent that politicians have in recent months been debating how to deal with this new and emerging crime in Parliament.

The results of a UK heritage crime survey, supervised by Dr Louise Grove at Loughborogh University’s Department of Social Sciences, and sent to politicians and interested parties working in heritage conservation and enforcement, reveal that stone is now the third most popular target for thieves at heritage sites after copper and lead. One of the main problems faced by police in such cases is the problem of tracing unmarked stone once it has been sold on by the thieves.

Dr Paul Kelly, of the University’s Chemistry Department, said his research team are trialling a new technique which could prove to be a useful weapon in the fight against stone theft. The procedure involves extracting a chemical blueprint from stone using a gelatine sheet (the sort normally used to lift developed fingerprints or footprints). The sample is then scanned using laser induced breakdown spectroscopy (LIBS).

In LIBS, a highly energetic laser pulse forms a plasma that excites a sample, is a powerful technique for rapid elemental analysis of materials, including stone, metals, chemical and biological agents. Almost no sample preparation is necessary and detection sensitivity is typically at the parts-per-million and parts-per-picogram levels.

The Loughborogh group has previously shown that the LIBS/gelatine lift combination is effective in metal theft detection and can create a map of metal traces that are present on a theft suspect’s hands. It is this method which Dr Kelly and his team believe has the potential to be used to trace the geographical location of stone by analyzing the residual traces on the gelatine sheet.

“We believe our non-invasive technique could provide a much needed link between suspected stolen stone and its original geographical location, but it is very early days,” said Dr Kelly. “This technique of lifting a sample from the surface of stone and scanning it could ultimately lead to us feeding the results into a national database, providing an indication of where geographically that sample came from.

“This can be done by comparing the stone samples with other stone located across the country and could prove to be a useful point of reference for those tackling stone theft. Our preliminary work has produced some encouraging results, and it is possible that our chemical blueprint technique could be the missing piece to the stone theft puzzle.”