Claims that a University of Manchester spin-out will be selling graphene-enabled efficient LED bulbs within months look optimistic at best. 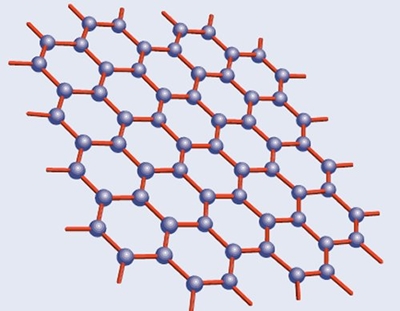 by Mike Hatcher
This week’s announcement from the University of Manchester that a spin-out company would soon be manufacturing new and more efficient light bulbs incorporating graphene has generated plenty of media coverage – even attracting the attention of BBC News and the Financial Times.

In part, that’s because although the two-dimensional form of carbon and its remarkable physical properties would seem to have much to offer the commercial world, there’s very little yet in the way of genuine graphene products.

And that’s not at all surprising. Such fundamental scientific breakthroughs can take a long time to come to fruition outside of the laboratory. In the world of optics, we only have to look at the example provided by lasers. Once a solution looking for a problem, they are now indispensable.

Right now graphene seems to be at that awkward, in-between stage. Discovered just over a decade ago, by University of Manchester scientists, in technological terms it remains very young. But with the large sums of money being invested in graphene development - £61 million in Manchester’s National Graphene Institute (officially opened by UK Chancellor George Osborne in March) and a remarkable €1 billion via the European Commission’s decade-long flagship research project - there will inevitably be growing pressure to realize tangible economic benefits.

Zero technical details
Taken at face value, this week’s light bulb announcement seems to be exactly the kind of thing that everybody is hoping for: scientific endeavor turned into technological, economic and societal benefit in the form of cheaper, more efficient lighting that may help cut fuel bills and carbon dioxide emissions. Within months, we’re told, these new light bulbs will be on the shelves.

On closer inspection, there is precious little to report. The University of Manchester is certainly keeping its cards close to its chest, giving precisely zero details about how its graphene-enabled LED bulbs perform in terms of standard industry metrics like lumen output, efficacy, white-light characteristics or color rendering properties. It won’t even say precisely what function the graphene in its bulbs actually performs.

“Due to commercial confidentiality it is difficult to give any technical details at this stage,” claims Colin Bailey. No less a figure than the University of Manchester’s deputy vice-chancellor, he has provided the public face of the graphene light bulb development. Commercial confidentialities are of course very real, but it is also rare to witness such reticence to answer simple questions.

Faced with a complete absence of technical information, media reports have run with vague suggestions that the graphene bulb will be 10 per cent more efficient than existing technology and cost less than $15 to buy.

But such comparisons are meaningless without detailing exactly what the bulb is producing or the energy it consumes – a light bulb might look simple enough, but making an accurate and meaningful measurement of the light that it emits and how efficiently it does that most certainly isn’t. The cost of today’s LED bulbs also varies wildly, largely according to brightness and quality, but even high-quality examples from the likes of Cree (two years ago) and Philips are already priced well below $15.

Graphene Lighting PLC
What little we do know relates to the spin-out company that has been set up to commercialize the bulbs, Graphene Lighting – although Manchester is less than keen to tell us much about that either.

Registered with Companies House in the UK, Graphene Lighting recently changed its legal status to become a public limited company (PLC), ahead of a purported plan to float on the Canadian stock market.

Bailey says that the start-up currently has an acting CEO and CFO (though he would not say who they are) and is working with the Canadian financial group Industrial Alliance Securities.

“The first capital investment has been secured and we will be looking to float the company on the Canadian Stock Market in the future,” he told optics.org. “We have interviewed for a permanent CEO and are in the process of making an appointment.”

Thanks to Companies House documents, we know that among the directors of Graphene Lighting PLC is Chung-Ping Lai. Taiwanese national Lai is also the CEO of Bluestone Global Technology (BGT), a manufacturer of large-area graphene material that signed a £5 million collaborative research partnership with the University of Manchester in September 2013. BGT Materials Ltd, of which Lai is also CEO, is based at Manchester’s Photon Science Institute.

According to company documents signed by Lai, Bluestone Global Technology Ltd changed its name to Graphene Lighting Ltd in November 2014, before becoming a PLC in late January. As of December 2014, Lai was listed as the sole director and the company had assets of a single pound. A more recent filing from mid-February lists 140,000 ordinary shares with a nominal value of $210,000.

Heat or light?
Graphene Lighting recently appointed another director, in the form of Ching-Yu Lu. Lu’s name appears on a couple of recent papers published by Manchester’s graphene researchers, including one collaboration with Bluestone and a team in California detailing the thermal properties of graphene-copper-graphene films.

In that Nano Letters paper, they showed that a single atomic plane of graphene deposited on either side of a thin film of copper by chemical vapor deposition increased the thermal conductivity of the copper by as much as 24 per cent – although that has been attributed to changes in copper morphology during graphene deposition, rather than to the graphene itself.

“Enhancement of thermal properties of graphene-capped copper films is important for thermal management of advanced electronic chips and proposed applications of graphene,” the authors wrote in their abstract, while on the BGT Materials web site the company says that graphene’s high electrical conductivity and transparency suggests future use as an electrode material in LED and organic LED applications.

Whether those ideas have anything to do with the light bulbs that Bailey says Graphene Lighting is aiming to ramp to volume production within months remains to be seen – or not.

If that does come to pass, the “graphene LED bulbs”, as Bailey describes them, could lay genuine claim to be the first mass-produced graphene product. But with so little known about these bulbs, not least how, where and when they will be manufactured, right now it appears that the University of Manchester is generating far more promotional heat than high-efficacy light.