IMEC-led research team presents results of in vivo tests on a mouse brain with 12-optrode device at high-profile electronics event. 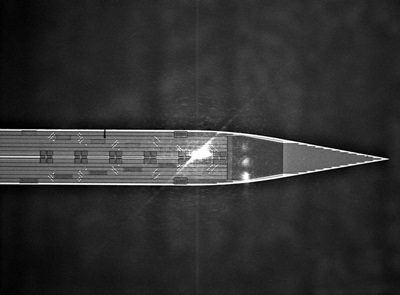 A team of researchers in Belgium has tested a new optical probe designed to detect and stimulate individual neurons in vivo with a mouse brain.

It is claimed that the 12-optrode device, developed by a collaboration involving the electronics research center IMEC and the nearby University of Leuven, will pave the way towards novel treatments for diseases and disorders like Alzheimer’s, schizophrenia, autism, and epilepsy.

Luis Hoffman and colleagues presented their work at the International Electron Devices Meeting (IEDM) held earlier this month in Washington, DC. The team is part of the “OptoBrain” project on optogenetics, which is funded by the local Agency for Innovation by Science and Technology in Flanders (IWT).

They say that while existing technology for recording neural activity and studying brain function is limited to devices featuring a small number of electrical channels, their new implantable probes are able to detect, process and interpret neural data at a cellular scale.

That high-density combination of electrodes and nanophotonic circuits, otherwise known as “optrodes”, is able to stimulate single neurons optically, and then detect individual neuron activity. In optogenetics, neurons are genetically modified to become light-sensitive, and made susceptible to stimulation through pulses of light.

Grating couplers
Tested in vivo by recording neural activity in a mouse brain, the new probe was fabricated on 200 mm diameter silicon wafers using a CMOS process, with the 12 optrodes placed next to 24 recording electrodes. At only a few microns long and wide, both the optrodes and electrodes are similar in size to neurons.

The photonic circuit design relies on grating couplers, with the research team stating: “We achieved an unprecedented optrode density by integrating grating couplers instead of traditional end-butt coupling.”

The team also points out that the new design overcomes a problem with conventional probes that makes it impossible to distinguish the recorded electrical signals with respect to their source.

“[The] novel neural probes tackle these challenges, set a path towards greater understanding of the brain, and enable novel treatment options for brain disorders” they claim.

• The burgeoning field of optogenetics, buoyed by the high-profile award of a Breakthrough Prize to US-based pioneers Karl Deisseroth and Ed Boyden last month, will feature more prominently than ever at the SPIE BiOS Symposium, part of the Photonics West event taking place in San Francisco in February 2016.

Many of the papers from the Neurophotonics, neurosurgery, and optogenetics sub-conference will feature as part of the “translational” research track at BiOS, which highlights research with a strong potential to cross over into genuine clinical use.

Among those presenting at the event are Karsten König, with a talk entitled First multiphoton tomography of brain in man, while Boyden’s Massachusetts Institute of Technology (MIT) research group will discuss three-photon excitation of optogenetic opsins.