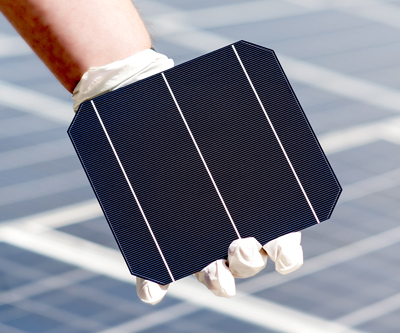 This is the highest efficiency achieved for this type of two-side-contacted solar cell on an industrial large area wafer size. This incremental but sigificant improvement in performance builds upon the 21.5% conversion efficiency for a similar structure that imec achieved in July 2014, as reported by optics.org.

With the aim of increasing the conversion efficiency of its large-area n-PERT silicon cells using advanced industrial processes, imec says it has further improved the conversion efficiency of its n-PERT solar cell, reaching a record 22%, featuring an open-circuit voltage of 684mV, a short-circuit current of 39.9mA/cm2, and 80.7% fill factor. Efficiency improvements were obtained by the introduction of a selective front surface field through laser doping, giving a boost in open circuit voltage and short circuit current.

Filip Duerinckx, manager of imec’s n-PERT technology platform, commented, “Our new developments, resulting in additional improvement of the conversion efficiency, further confirm the potential of n-type PERT cells for next-generation highly efficient silicon solar cells. This new efficiency record has been achieved while simultaneously simplifying the process, relying only on simplified cleans and without any expensive Forming Gas Anneal. We are committed to further increasing the efficiency of this cell concept and adding to the industrial value of the technology. This will enable bringing this technology to the market in short term.”