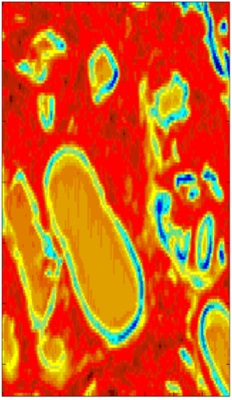 MINERVA stands for “Mid- to near IR spectroscopy for improved medical diagnostics”, and its partners – led by UK-based Gooch & Housego – are working to exploit the so-called “fingerprint” region of molecular vibrations in the infrared spectrum to improve early-stage cancer diagnosis using absorption spectroscopy.

One of the key problems facing physicians is that the biochemical changes associated with the early stages of cancer can be very difficult to detect. The MINERVA team is hoping to change that with new photonics hardware in the form of novel pump lasers and mid-infrared supercontinuum sources, as well as new detectors.

Gary Stevens, a research engineer from Gooch & Housego who is working on the project, told optics.org that collaboration with the University of Nottingham has resulted in the development of a new low-loss chalcogenide fiber to generate a very broad supercontinuum source extending far into the infrared region.

One of the project’s key aims is to cover the full 2-12 µm range of wavelengths. In conjunction with new praesodynium-doped fiber laser pump sources operating at 4.5 µm and mid-infrared cameras based on novel detectors featuring layers of InAs and GaSb, the idea is to build a fully automated cell pathology system capable of analyzing patient biopsies quickly and accurately.

Difficult analysis
At present, experienced pathologists are needed to classify biopsies as either healthy or cancerous by staining images, but their analyses depend on subtle features like the shape, texture and clustering of cells. This is regarded as extremely difficult and somewhat subjective, and the addition of mid-infrared spectral information should ultimately help pathologists by providing complementary biochemical information.

So far, a demonstration module has been developed for comparison with existing hospital screening and other spectroscopy techniques. Gloucestershire NHS Trust hospitals in the UK are involved in the MINERVA project, while Nicholas Stone’s biomedical imaging and biosensing research team at the University of Exeter will also be evaluating the technology.

According to Stevens, a hospital laboratory will start working with an early MINERVA system within months, while the ultimate goal – which is beyond the scope of the current four-year project – will be to develop an in vivo scanning system to probe patients.

It is hoped that an automated system based on multivariate analysis of mid-infrared signals could eventually deliver a simple “traffic light” response during a diagnostic scan to distinguish between cancerous and non-cancerous tissues – improving survival rates and reducing the number of biopsies taken.

Neuromonitors and trace gas sensing
Funded under Europe’s Seventh Framework Program (FP7), MINERVA has been running since November 2012 and has a total budget of €10.6 million.

Other project partners include LISA Laser Products, Vivid Components and the University of Münster in Germany, BBT Material Processing in the Czech Republic, Xenics in Belgium, Sweden’s IRNova, NKT Photonics and the Technical University of Denmark, and Universitat Politècnica de València in Spain.

Second place in the “innovation village” competition for multilateral projects went to the development of a portable diffuse optical neuromonitor at Barcelona’s Institute of Photonic Sciences and partner HemoPhotonics, while the Institute of Physical Chemistry at Friedrich Schiller University and Leibniz Institute of Photonic Technology was awarded third place for its Raman-based “Bio Particle Explorer” for detecting individual pathogens.

In the “individual researcher” category, first prize went to Josep Carreras from LEDMOTIVE Technologies for a light engine with full spectral control. In second was Markus Mangold from the Swiss Federal Laboratories for Materials Science and Technology for his portable mid-IR trace gas sensor for mobile applications, while Christophe Caucheteur from the University of Mons in Belgium came third with an infrared sensor for early fire detection.