Collaboration on photonics technology development seen as a way to bring Europe and Russia closer. 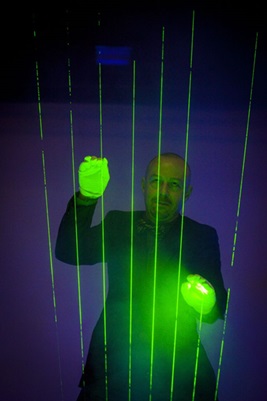 by Mike Hatcher in Brussels
Rising tensions between the European Union and Russia sparked by the crisis in Ukraine were off the agenda at the Photonics21 annual general meeting in Brussels, as a delegation from St Petersburg sought to forge mutually beneficial collaborations in technology development.

Recent events in the Ukrainian capital Kiev and the Crimean peninsula have overshadowed the fact that 2014 is officially designated as the “EU-Russia Year of Science”.

It is intended to both celebrate previous achievements and to forge a new era of collaboration alongside the EU-funded Horizon 2020 program for innovation.

Speaking in Brussels on behalf of Vladimir Vasilyev, Stephen Hagen from the St Petersburg University for IT, Mechanics and Optics (ITMO) said that photonics could prove to be a model of such collaboration, and could result in co-funded projects in the future.

“We see co-operation in the field of photonics as one of the most promising directions of travel,” said Hagen at the Photonics21 AGM opening ceremony, adding that some 850 institutions in Russia were active in this field of technology.

“The photonics community in Russia want to have closer ties to Europe,” he added, pointing out that Russia will be part of the global effort working on the United Nations’ International Year of Light next year.

“The photonics community can be a model of working together, and can send out a [positive] message,” Hagen concluded.

Introducing Hagen the Photonics21 president Michael Mertin added: “Peace is not just made by politicians; it is also made by people. It is important to welcome Russia and the science of Russia to the European continent – not just the EU.”