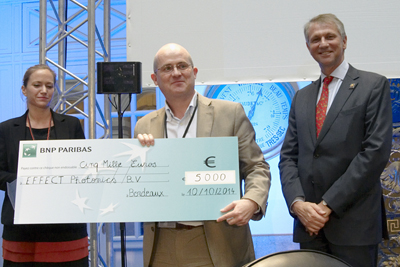 The organizer of Invest in Photonics 2014, a two-day convention focused on investment into the industry has announced that participation at the October 9 – 10 event for business angels, VCs and corporate ventures rose by 13% over the previous event, to 170 attendees. Notable new additions were Robert Bosch Venture Capital and Safran Corporate Ventures.

Twenty early- to late-stage pan-European photonics firms pitched investors to target a cumulative total of $91m (€72m) in funding. Investors attending the event said they plan to pursue “next phase discussions” with 13 companies who presented.

Giorgio Anania, chairman of Invest in Photonics 2014, commented, “We have seen a significant increase in the business relevance and quality of the investment opportunities presented this year. The key take away for photonics start-ups is to ride the shift from VC to new funding sources such as corporations, business angels and alternative financing.”

The photonics industry is estimated to have a value of $480bn. Keynote speaker Steve Anderson, industry and market strategist at SPIE, the international society for optics and photonics, reported on his organisation’s in-depth study of the industry world-wide. SPIE drew the following conclusions – noting that they are probably conservative fugures as they exclude “second-tier” business from distributors, resellers and the like: 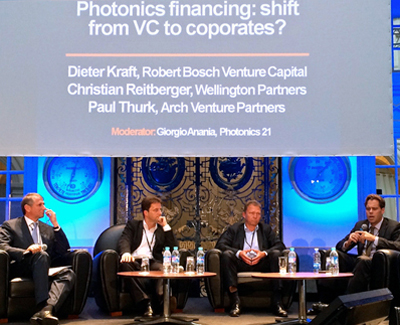 While many of the VCs attending acknowledged that investment in early stage photonics companies is becoming rare, they recognized that there has been an “explosion of corporate ventures, which are filling the VC gap,” according to Alessio Beverina, venture partner at Sofinnova Partners. He said he has seen the number of corporate deals and partnerships rise steadily from 133 in 2005 to a peak of 330 in 2010, showing an approximate value of €1.5bn in deals.

A new entrant in corporate financing made its appearance at this year’s event. Gregoire Aladjidi, director of Safran Corporate Ventures, announced that the Safran Group has a €1.5bn research and development budget. Safran Corporate Ventures invests areas such as materials, sensors, energy, advanced manufacturing and robotics. It will typically fund series A or B rounds in the vicinity of €5m.

Dieter Kraft, partner at Robert Bosch Venture Capital, who participated in the roundtable on “Photonics financing: shift from VC to corporations” said that Bosch is seeking to bring business expansion, disruptive technology as well as new business models to the company. Ticket size investments range from €1m to €4m and up to €10m investments worldwide. Automation control, energy conversion efficiency, signal processing and healthcare are areas of interest.

Alcatel Lucent Bell Labs’ Jean-Luc Beylat sees growing market opportunities for silicon photonics in the migration from telecom networks to data centers. Market analyst Yole Développement sees a turning point in the silicon photonics device market in 2018, growing from around $25m in 2013 to reach $700m by 2024. 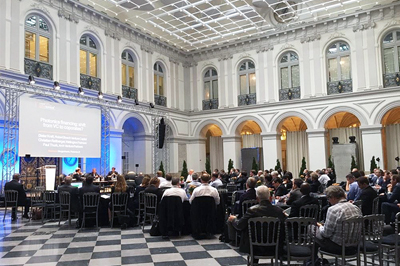 Biophotonics, used in high-end desktop devices for life science and healthcare applications, stands out as another strong growth area. Yole Développement believes that it will expand from $23bn in 2012 to $36bn over the next three years. Talking to the conference, Leica Microsystems’ European sales director Christoph Thumser advocated a strong need for more powerful lasers to enable super resolution technology for microscopy.

Green photonics came up as another expanding area that is garnering investor interest. Beverina said that green photonics is interesting for VCs because it has real problems to solve, offers a huge market size and high growth potential. “VCs will continue to invest in photonics technologies if there is a strong market driver, such as regulations, incentives, needs for lower costs and significant growth in demand,” he said.

In his presentation on the “EU vision on financing photonics”, Wolfgang Boch, Head of the Photonics unit, at the European Commission, said, "the Euroepan Union has within the Horizon 2020 Program, which plans to provide overall funding of €78.6 billion, an envelope of €700 million earmarked to support photonics research and innovation activities in Europe.”

He described several instruments, such as the dedicated SME instrument and pilot actions that will go beyond research and development. These will include helping companies test technology and products in real life situations and setting up mechanisms to transfer know-how to start-ups at low or no cost.

“Photonics is central to driving innovation in the 21st century. To exploit Europe’s full potential in photonics, collaboration along the value chain and networking are crucial,” added Boch.