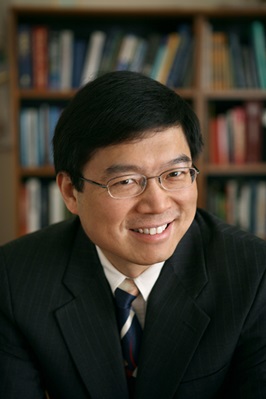 Lihong Wang and Alexander Oraevsky, two of the leading researchers in the field of biomedical imaging and both experts in optoacoustics, have become the latest award-winners in the optics and photonics community.

A professor of biomedical engineering at Washington University in St Louis, Wang is recognized widely as a pioneer in the field, and his laboratory is credited with the invention of several photoacoustic techniques – some of which have shown promise in clinical trials for cancer diagnosis.

Seen as a potential alternative to X-ray and magnetic resonance imaging (MRI) techniques, Wang has previously stressed the scalability of photoacoustic tomography (PAT) as one of its key advantages. PAT, which has been commercialized for pre-clinical research by Toronto-based VisualSonics, can be used to image anything from individual cells to entire organs, Wang says.

Critically, PAT has shown in early trials an ability to distinguish between the most dangerous types of breast cancers and far less virulent types, suggesting that it could save as many as 80 per cent of patients with inconclusive biopsies from undergoing what turn out to be unnecessarily invasive surgeries.

Meanwhile Oraevsky, who is currently the president and CTO at TomoWave Laboratories in Houston, Texas, was rewarded with the Berthold Leibinger Innovationspreis in late September. Prior to that, he was director of the optoacoustic imaging and spectroscopy laboratory at the University of Texas Medical Branch in Galveston, and also founded LaserSonix Technologies - the first company dedicated to commercializing optoacoustic imaging systems – back in 1998. 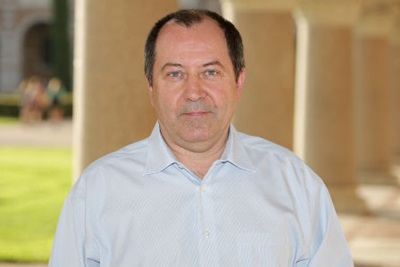 Multi-center trial
Because the laser optoacoustic effect is able to image the microvascular blood system of cancerous tumors with good contrast, it can be used to diagnose the more aggressive tumors that require a greater blood supply.

Last year, the US company Seno Medical Instruments began a two-year, multi-center clinical trial to evaluate the diagnostic capabilities for breast cancer with optoacoustic devices that are based on Oraevsky’s patents. The company has since raised $39 million in its third round of equity financing, while its "Imagio" system has also received CE Mark approval in Europe.

Wang’s laboratory has also just landed a grant from the National Institutes of Health (NIH) to develop photoacoustic imaging for a new application – investigating the brain.

According to the NIH project description, the aim is to develop a high-speed, high-spatial-resolution, deep-penetration photoacoustic computed tomography (PACT) system to image so-called action potentials in mouse brains.

Said to be unprecedented in the field of PACT in terms of its frame rate and spatial resolving power, and proposed system will also use voltage-sensitive absorption dyes and should deliver a deeper imaging penetration than alternatives like two-photon microscopy.

Wang’s laboratory claims that in its recent (unpublished) work, its PACT system has delivered image quality on a par with X-ray computed tomography (CT) scans, with “excellent” photoacoustic contrast provided by its fluorescent dyes.

Wang, who is also the editor-in-chief of SPIE’s Journal of Biomedical Optics, will receive the Britton Chance award at the society’s Photonics West conference next February in San Francisco, with the presentation taking place during the popular “BiOS Hot Topics” session.