Adaptive optics without the guide star 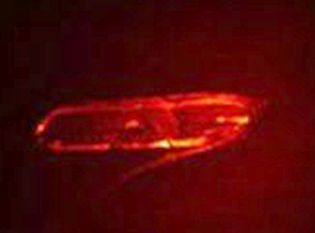 Techniques to enable imaging through highly scattering media in microscopy, or compensate for atmospheric currents in astronomy, have become increasingly effective. But they usually rely on the use of a reference point against which to measure the disturbance.

Guide stars created artificially via laser have become an accepted way to create such a reference. Monitoring the effects of a scattering medium on the wavefront arriving from a known and deliberately manufactured source allows observers to compensate for those effects in light arriving from the actual subject.

A team of researchers at the Weizmann Institute of Science, Israel, is now developing a way to tackle scattering without the need for an external guide star, said to be the first such work of its kind. The initial goal was to take the scattered light from an object fluorescing under two-photon microscopy behind a diffusion screen, and reconstruct a clear focal point on the object by analyzing only the scattered incoming signal - no separate reference point required. A successful proof-of-concept demonstration has been published in Optica.

Two-photon fluorescence
"In most imaging scenarios you want to look at a scene without the need for prior knowledge of what is in it or physical contact with it," commented Yaron Silberberg of the Weizmann Institute.

"Prior methods for imaging via scattering layers used either a training session, when you actually place a camera where the object is - completely irrelevant in most medical and biological scenarios - or a guide star reference point which you know is there to use for training your imaging system. Our method needs no prior knowledge of what's behind the scattering layer."

The team's approach was designed around two-photon fluorescence microscopy using a femtosecond laser source, and exploits the fact that the technique inherently involves nonlinear optics: the mathematical relationship between the intensity of the initial excitation pulse and the fluorescence signal it produces is not a simple linear dependency, but is governed instead by a power of that intensity.

This nonlinear behavior holds the key. According to the team's theory, algorithms applied to the returned scattered light could be used to optimize the nonlinear signal being received, and in turn indicate how the outgoing excitation pulse should be modified in order to arrive in focus at the hidden object. A spatial light modulator can then apply those corrections to the wavefront.

Experimental results proved that this was indeed possible, and the excitation pulses were successfully focused to a single diffraction-limited focal spot on the object by appropriate wavefront shaping, even though the returning signals had undergone scattering through an obscuring medium.

Once a sharp spot is formed, it can then be raster-scanned to obtain a microscopic image of the fluorescent object hidden behind the scattering layer.

"The training operation in existing adaptive operations is an iterative optimization procedure, that focuses the light onto a point behind the screen by shaping its wavefront," said Silberberg. "What we showed is that if the response of the fluorescence medium behind the screen is nonlinear, then we can optimize the wavefront shape just by measuring the total fluorescence that we measure after it comes back through the scatterer."

After demonstrating the principle by imaging a cluster of fluorescent crystallites 2 millimeters behind an optical diffuser, the team tried focusing through a 1 mm slice of brain tissue onto crystallites placed 300 microns behind it. After optimization, the previously highly scattered two-photon fluorescence was successfully narrowed down onto one of the strongest fluorescing individual crystallites.

Medical applications
Some wavefront-shaping approaches have been investigated as a method to optimize non-linear signals in the past, but the Weizmann team has applied it to more challenging degrees of scattering.

"Most of the prior works in this field considered weak aberrating media, and not highly scattering and visually opaque samples such as the ones considered in our work," commented Weizmann's Ori Katz. "The difference is that in conventional adaptive-optics microscopy an initial focus is usually already present, even for an unshaped wavefront, and the wavefront shaping procedure makes it sharper. In our work we consider a totally diffused initial light field, with no initial focus."

Even though the technique can succeed when the light is strongly scattered and displays no trace of the original object, it still requires that the signal survives its travel through the scatterer in some form. Silberberg characterized it as likely to work best when the scatterer was relatively thin - looking through the shell of an egg, rather than seeing through a glass of milk.

Generating a focus deep inside volumetric fluorescent samples while tackling the large background signal generated near the surface of such samples is likely to be a challenge when applying the technique in biological applications, although the team noted that limiting the detection volume via ultrasonic tagging or photoacoustics may be a way to tackle that problem.

Another immediate priority is to speed up the process, and reduce the time taken to achieve the focus. But if that can be achieved, some obvious real-world applications should be in sight outside the laboratory.

"I think the main near-term uses will be in biological microscopy, where these situations of imaging through thin scattering layers are common," said Silberberg. "But it's not out of the question that some medical applications will pop up."