Center to develop and produce laser marking systems in Grüsch built at cost of €13.7M. 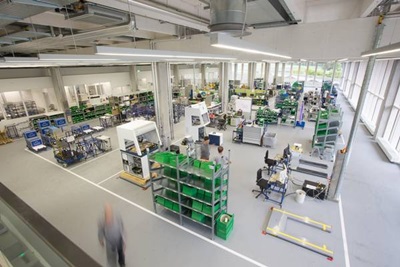 Laser giant Trumpf has expanded its global base, with 3,300 square-meters of new floor space for product development and manufacturing of marking systems at Grüsch in Switzerland.

The new facility, built in just over a year and at a cost of 17 million Swiss francs (roughly €13.7 million), officially opened on June 4, with 150 guests in attendance.

The Germany-headquartered company says that it is responding to “tremendous demand, all around the world” for its marking lasers.

Andreas Conzelmann, who was appointed general manager at Trumpf Laser Marking Systems AG last October, said: “Our previous capacities were simply no longer able to handle the numbers of incoming orders. At groundbreaking in March 2012, order receipts had risen by 70 percent in comparison with the year before.”

Conzelmann says that the firm will be introducing two new “TruMark” product lines during the comings year. “I am especially proud of the fact that we are celebrating not only the expansion of the facilities here, but also the ten-thousandth marking laser to be built in Grüsch,” he added.

The new facility offers twice the production floor space previously available, with all work is now carried out on a single level.

Alpine setting
Since being founded in 2001, the Trumpf division has generated revenues of more than 600 million Swiss francs (equivalent to around €485 million at current rates), and it now employs 110 people.

Peter Leibinger, president of Trumpf’s laser division, said of the new site: “Second only to Schramberg, Grüsch is a major center for the development and production of solid-state lasers. The ten thousand marking lasers already in place give us good reason to look optimistically into the future.” 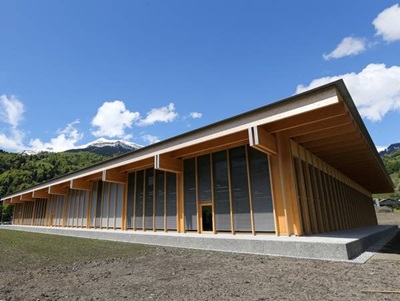 More than 30 employees will be tasked with manufacturing marking lasers in the new wood-clad building, which was designed to blend in with its panoramic Alpine location.

At last month’s LASER World of Photonics trade show in Munich, the company showed off no fewer than 13 new products, including the official launch of its new scientific lasers division and demonstrations of processing glass, ceramic and even leather materials.