Longbow Research finds lowered expectations in Germany, but not for everyone. 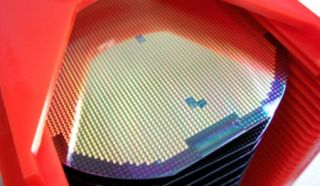 Macroeconomic concerns continue to vex laser vendors in Germany, while they contemplate the ongoing European debt crisis and the uncertain growth path of China. Capital spending from end-users remains cautious in the light of these worries, although another ramp in microelectronics applications in the second half of 2012 could go some way to easing the discomfort.

In more positive developments, ultrafast lasers for materials processing continue to gain momentum, as their reliability has improved significantly and prices have come down.

These factors will need to improve further for them to become more mainstream, but vendors continue to expect that a variety of laser types and wavelengths will be required to meet the demands of a varied range of applications, and no single type of source will dominate the industrial laser space.

Those were the key findings of a survey of Germany's laser market by Longbow Research, undertaken alongside the LASYS 2012 industrial laser trade show.

"The outlook is becoming more muted," noted Longbow's Mark Douglass. "That’s not to say that the general industrial market is unstable or contracting, but rather the growth in the second half of 2012 is likely to be slower than we anticipated earlier this year. We conclude that projections for growth in 2012 and 2013 may need to be revised downward."

Ramp in microelectronics
Longbow detected some continuing, though slow, growth in general industrial applications including cutting, welding and marking. The market in microelectronics remains stable, but there is the distinct possibility of upturn in this sector, given trends in hand-held devices and the pending appearance of Windows 8 notebooks that should be released later in the year.

"One of the bright spots we think will be another ramp in microelectronics, after a spending pause in the past few quarters," confirmed Douglass.

Enthusiasm for growth in these microelectronics applications was particularly strong from Coherent, which believes that relevant drivers will include the need for faster networks, the exploitation of renewable energy, and the emergence of new markets. This will result in the evolution of "semi-packaging", as the gap increases between the feature sizes of transistors compared to PCBs, according to the company.

Another target sector is flat-panel displays. "There are a variety of applications in LCD and OLED manufacturing, such as annealing, which we maintain is a significant opportunity that ramps more significantly in 2013," commented the company to Longbow.

Longbow's survey found that Trumpf remained the leader in global laser sales, and it expects the company to continue its aggressive pursuit of business in the automotive sector. None the less, Trumpf is still looking for new markets to expand into; microelectronics would be a logical step here, since the company has had little presence in the sector to date.