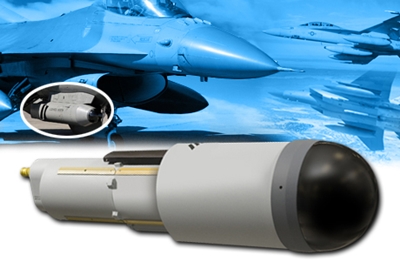 The deal to buy the privately owned company comes less than a month after the II-VI subsidiary Photop purchased the optical filter business that previously belonged to Oclaro. Like that business and II-VI’s Exotic Electro-Optics (EEO) division, LightWorks is based in California, and LightWorks will merge its operations with EEO.

Aside from the initial $31 million, the LightWorks agreement includes a $4 million cash earn-out clause, dependent on LightWorks achieving financial targets.

Together with the Oclaro purchase, it brings recent spending by II-VI to expand its business to more than $60 million as the company makes good on previous pledges to use the cash available on its balance sheet.

Cross-cutting technology
Founded in 1997 and with manufacturing locations in both Tustin and Vista, California, LightWorks manufactures precision optical systems and components. They include visible, infrared, and laser-based systems and subassemblies aimed at applications across the defense, aerospace, industrial and life science markets.

In the past, LightWorks has collaborated many times with the defense contractor Lockheed Martin, for example providing hardware for an infrared search and tracking system used by the F-15 fighter aircraft as part of a project that is expected to be worth $40 million to LightWorks over four years.

The company is a regular recipient of Lockheed's “silver-level preferred supplier” recognition, and has also worked with Northrop Grumman on the firm’s “Orb View” collimator. In the space sector it provided hardware for the Mars Descent Imager’s camera lens.

In the life sciences market LightWorks has developed the “iCell” system that integrates a pulsed laser beam with plastic microdevices for use in cell biology.

II-VI says that in the year ended September 30, 2012, LightWorks generated approximately $22 million in revenues and from now on its figures will be included within II-VI’s “Military & Materials” financial reporting segment.

EEO partnership
Francis Kramer, the CEO at II-VI, said that he anticipated a “unique partnership” between LightWorks and the company’s existing EEO business unit.

“LightWorks is a premier supplier of a wide array of advanced optical systems currently deployed across a host of critical defense, aerospace, and commercial applications, and will further strengthen our relationships with customers by broadening our portfolio and expanding our product offering,” Kramer added.

Daniel Barber, president of LightWorks and a co-founder alongside Roger Johnston and Donald Small, said in the II-VI statement announcing the deal:

Barber added: “Not only do our companies offer complementary technology and a shared vision, we both have cultures committed to customer closeness, technical excellence and high levels of employee involvement and participation. We believe that together we can provide substantial value to our current customers as well as to the growing commercial markets for precision optical assemblies.”