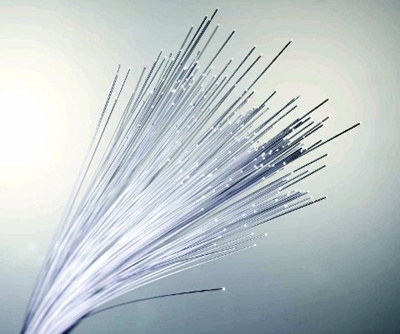 Glass-maker Schott has announced the launch of its Puravis high-purity glass optical fiber, which not only offers improved properties compared with existing glass fibers, it contains no lead, arsenic or antimony thanks to a newly developed manufacturing process. The new fiber is intended for illumination and medical applications but not optical communications.

Manfred Schmidt, Schott’s US Director of sales, told optics.org, “Optical glass usually requires the addition of lead to increase its refractive index so it was a challenge for us to make it without that additive. Antimony and arsenic – now also absent – were previously added to drive out gas bubbles during manufacture.

Schott’s product development strategy is to consider the environmental impact of its new glass compositions but the decision to avoid the hazardous metals in the composition of Puravis was also influenced by the company’s belief that the European Union will apply ROHS legislation to glass, which will mean the prohibition of lead.

Schmidt considered that such a decision could be made as early as 2014, which would affect all glass-makers distributing to European customers. He added that the performance improvement was “an unexpected surprise”.

Any product that is equipped with Puravis will be compliant with the EU directives RoHS and REACH and be ready for future environmental requirements worldwide. The company will start replacing its former glass fibers with Puravis, effective immediately.

Puravis is said to offers outstanding transmission of white light – a performance increase of up to 10%, which Schott has achieved by using well-selected raw materials and a closely-guarded alternative additive-based composition. The manufacturing cost is slightly higher than that of conventional optical fiber.

Due to the lower color shift, illuminated objects retain their natural color, even if the fibers are used in long light guides, suiting the new fiber to medical applications such as endoscopy and surgical microscopy.

As a result of the improved numerical aperture by a 5° full angle, the light guide captures more light from the very start. The low attenuation in the visible range results in even higher light output at the end of the light guide, which allows for smaller diameter of light guides with same output and thus easier installation.

Another advantage of Puravis is its superior longevity, achieved by improved chemical stability and low solarization, which is particularly important for medical reprocessing like autoclaving or cleaning for sterilisation, but also for outdoor applications. Transmission loss of Puravis after 100 autoclaving cycles has been greatly reduced – by up to 70% compared to previous fibers.

“Besides the primary applications of illumination and medical inspection, Puravis offers of the possibility of developing solutions to current and future challenges in other applications. Improved fluorescence-based medical diagnostics and microscopy are both possible due to improved transmission by this new glass in the near UV range.”