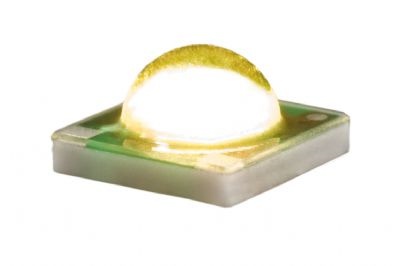 Having previously forecast that the company would generate revenues of between $245 million and $265 million in its third fiscal quarter, Cree downgraded that estimate to between $215 million and $220 million – equivalent to a 15% drop.

CEO Chuck Swoboda said that the revenue miss was due to a combination of weaker demand and very aggressive pricing, which had hit both Cree’s sales of LED chips, and its LED components line.

About two-thirds of the revenue drop could be attributed to lower-than-expected component sales, with the remainder due to sluggish sales of chips, he added.

Reflecting on the industry in general, Swoboda said that the huge increase in chip production to service LED backlighting applications over the past couple of years had put pressure on the rest of the market. Recent sluggish demand in that application has meant that lots of spare LED chips are now available for other applications.

With China such a key part of the LED market, this particular quarter of the calendar year is always hit by the Chinese New Year celebrations. However, this year the recovery from the holiday has been slower than expected, due to a build-up of customer inventories. 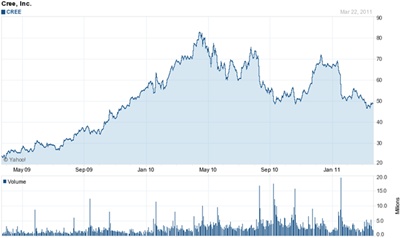 Swoboda did suggest that the drop-off would be short-lived. “The LED components business appears to be turning the corner,” said the CEO. “Despite the challenges we faced in Q3, distributor sell-through has improved and we target solid growth next quarter. Based on our preliminary outlook for Q4, we are currently targeting revenue to increase [sequentially] 10 to 12% in fiscal Q4 led by growth in LED components.”

Asked about the impact of the Japanese earthquake and tsunami on the LED sector, Swoboda said that it was too early to tell what the wider impact on the LED supply chain might be. “We have not seen any immediate impact,” he said, adding that Cree was still in the process of attempting to evaluate the situation.