Start-up company believes that its organic solar cell technology has potential to reach conversion efficiencies of around 10%. 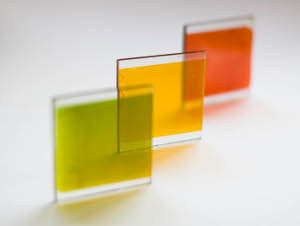 Oxford Photovoltaics, which was started up by Henry Snaith and has recruited former Quantasol CEO Kevin Arthur to head up the company, has developed a way to create solid-state, dye-sensitized cells – suggesting that they could be incorporated into walls or windows in new buildings.

Whereas existing dye-sensitized approaches have suffered from the volatile nature of liquid electrolyte materials used in their production, Oxford PV instead replaces that liquid with a solid organic semiconductor, enabling entire solar modules to be screen-printed onto glass or other surfaces.

Snaith said: “One of the great advantages is that we can process it over large areas very easily. You don’t have to worry about extensive sealing and encapsulation, which is an issue for the electrolyte dye cell.” That makes the technology easier to make, and Snaith predicts that manufacturing costs of its product will be around 50% less than the current lowest-cost thin film technology.

Although the company has not revealed full details about how the solid-state devices are produced, it told optics.org that the process involves mesoporous metal oxides, organic dyes and organic hole transporters, all processed from solution and capable of delivering a relatively good conversion efficiency: 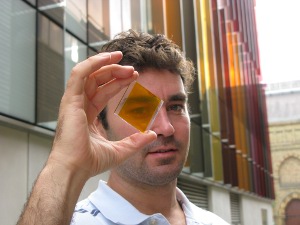 “We have achieved 5 to 6% in the lab and believe that the technology could more than 10% in the next three years,” claimed the company. Those figures compare with the existing NREL-verified record efficiency for organic solar cells of 8.3% - achieved by Germany-based Heliatek and others.

The spin-out is remaining tight-lipped about any company financing for the moment, but CEO Arthur says that Oxford PV is working closely with major companies in the sector, with a particular focus on economic and product lifetime criteria.

Assisted by technology transfer specialists Isis Innovation, which also handled intellectual property protection for the company, Oxford PV follows the launch last year of Eight19, a University of Cambridge spin-out that is also focused on organic photovoltaic materials. It raised £4.5 million in finance backed by the French materials giant Rhodia in September 2010.