Chip giant announces IPO plan for the autonomous driving technology firm it acquired for $15BN in 2017. 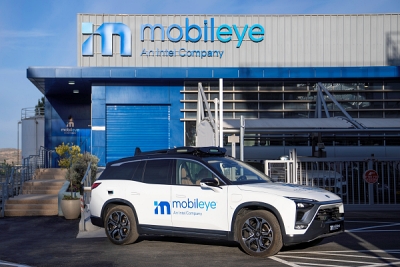 Mobileye, the Intel-owned developer of autonomous driving technology and camera-based driver assistance systems, is being prepared for life as a separate company via an initial public offering (IPO) of stock.

If it takes place as expected in mid-2022, the IPO would come five years after Intel had acquired the Israel-headquartered operation for $15 billion. Founded in 1999, Mobileye completed its original IPO back in 2014.

Intel has indicated that it expects to retain a majority stake in the business following the new IPO, and said that the two companies will continue as strategic collaborators as the use of computing and semiconductors in vehicles proliferates.

The chip giant believes that semiconductors will account for one-fifth of a new car’s bill of materials by 2030.

Mobileye’s co-founder Amnon Shashua is set to continue as the company’s CEO after the IPO, while recent acquisition Moovit and Intel’s teams working on lidar and radar technology will be aligned as part of Mobileye.

A development team at Intel is working on chip-scale frequency-modulated continuous-wave (FMCW) lidar, with that technology pencilled in for deployment by 2025. In the meantime, Mobileye is using lidar systems from Luminar Technologies in robotaxi development.

Headcount and sales tripled
While Intel has not disclosed Mobileye’s current sales or earnings figures, the division was known to have posted a net income of $108 million on sales of $358 million in 2016.

Intel says that, since then, Mobileye has experienced “substantial revenue growth” and made significant investments aimed at solving the most difficult scientific and technology problems to prepare the deployment of autonomous driving at scale.

Earlier this year the division shipped its 100 millionth “EyeQ” system-on-chip - the key machine vision product that has propelled the company’s sales thus far.

Intel CEO Pat Gelsinger added in a company release: “Mobileye has achieved record revenue year-over-year, with 2021 gains expected to be more than 40 per cent higher than 2020.”

Shashua reports that since becoming part of Intel, Mobileye’s annual chip shipments, revenues, and employee headcount have all nearly tripled in size.

“Our alignment with Intel continues to provide Mobileye with valuable technical resources and support that has yielded strong revenue along with free cash flow that allows us to fund our AV [autonomous vehicle] development work from current revenue,” he added. “Intel and Mobileye’s ongoing technology co-development will continue to deliver great platform solutions for our customers.”

Intel states that its global reach and diversified supply chain, alongside its global manufacturing network and expertise in both radar and lidar technologies would position Mobileye for “ongoing collaborative success”.