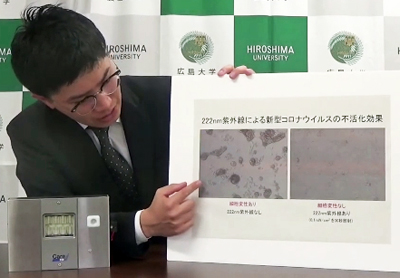 A study conducted by researchers at Hiroshima University, Japan, has found that using Ultraviolet C (UVC) light with a wavelength of 222 nm, which is safer to use around humans, effectively kills SARS-CoV-2. This is said to be the first research in the world to prove UVC's efficacy against the virus that causes Covid-19.

Other studies involving 222 nm UVC, also known as Far-UVC, have so far only looked at its potency in eradicating seasonal coronaviruses that are structurally similar to the SARS-CoV-2 but not on the Covid-19-causing virus itself. An in vitro experiment by HU researchers showed that 99.7% of the SARS-CoV-2 viral culture was killed after a 30-second exposure to 222 nm UVC irradiation at 0.1 mW/cm2. The study is published in the American Journal of Infection Control.

Tests were conducted using Ushio’s Care222TM krypton-chloride excimer lamp. A 100 microliter solution containing the virus (ca. 5 x 106 TCID50/mL) was spread onto a 9-centimeter sterile polystyrene plate. The researchers allowed it to dry in a biosafety cabinet at room temperature before placing the Far-UVC lamp 24 centimeters above the surface of the plates.

A wavelength of 222 nm UVC cannot penetrate the outer, non-living layer of the human eye and skin so it won’t cause harm to the living cells beneath. This makes it a safer but equally potent alternative to the more damaging 254 nm UVC germicidal lamps increasingly used in disinfecting healthcare facilities.

Since 254 nm UVC harms exposed human tissues, it can only be used to sanitize empty rooms. But 222 nm UVC can be a promising disinfection system for occupied public spaces including hospitals where nosocomial infections are a possibility. The HU researchers, however, suggest further evaluation of the safety and effectiveness of 222 nm UVC irradiation in killing SARS-CoV-2 viruses in real-world surfaces as their study only investigated its in vitro efficacy. 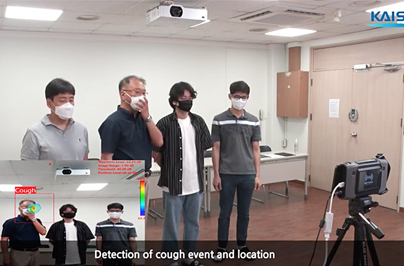 A cough detection camera can enable early detection of epidemics.

The Center for Noise and Vibration Control at KAIST, Korea, has announced that its coughing detection camera recognizes where coughing happens, visualizing the locations. The cough recognition camera can track and record information about a person who coughs, such as location, and number of coughs on a real-time basis.

Professor Yong-Hwa Park from the Department of Mechanical Engineering developed a deep learning-based cough recognition model to classify a coughing sound in real time. The coughing event classification model is combined with a "sound camera" that visualizes their locations in public places. The research team said they have achieved a best test accuracy of 87.4 %.

Professor Park said that this system will be useful medical equipment during epidemics in public places such as schools, offices, and restaurants, and to constantly monitor patients’ conditions in a hospital room. Fever and coughing are the most relevant respiratory disease symptoms, among which fever can be recognized remotely using thermal cameras.

To develop a cough recognition model, a supervised learning was conducted with a convolutional neural network (CNN). The model performs binary classification with an input of a one-second sound profile feature, generating output to be either a cough event or something else.

Professor Park said, “In a pandemic situation like we are experiencing with Covid-19, a cough detection camera can contribute to the prevention and early detection of epidemics in public places. Especially when applied to a hospital room, the patient's condition can be tracked 24 hours a day and support more accurate diagnoses while reducing the effort of the medical staff."

This study was conducted in collaboration with SM Instruments.

Thermography has been a hot topic this year, due to the need for quicker diagnostics to detect and prevent the spread of Covid-19. Noncontact infrared thermometers are a primary tool for fever screening, but their widespread use has been prone to inaccuracy.

A related medical technology, thermography using infrared thermographs, enables increased options for temperature estimation with greater accuracy. Although the use of thermography as a stand-alone detection method for Covid-19 is unlikely to prevent spread, emerging evidence and international consensus suggest that it is indeed possible to use IRTs effectively for detecting elevated body temperatures.

The research, performed by Quanzeng Wang and collaborators at the Center for Devices and Radiological Health of the US FDA, evaluated the use of IRTs under standardized conditions. They examined clinical data for more than 500 demographically diverse individuals, including 47 subjects with elevated oral temperatures (>37.5 °C), correlating facial temperatures to oral under-the-tongue thermometer measurements. The team confirmed the utility of internationally recognized (ISO) standards for obtaining consistently accurate results, and specifically reported the efficacy of ISO methods, including facial area targets.

Thermal image of FDA scientist Q. Wang, with temperature map of an eye.

According to Zane Arp, Director of the Division of Biomedical Physics at the FDA, "IRT-based fever screening, especially in regard to addressing Covid-19, should be one element in a multilayered diagnostic process that would include other helpful tools. When used in combination with other diagnostics and medical screening it is a much more useful tool in detecting those who are ill." For Covid-19 in particular, the FDA has published fact sheets on the proper use and limitations of these systems.

Given the potential value of IRTs for medical diagnostics, optimizing IRT-based fever screening is important, yet there remains much to learn. According to Wang, the FDA team plans further analysis to assess the potential impact of such factors as environmental and intersubject variability. 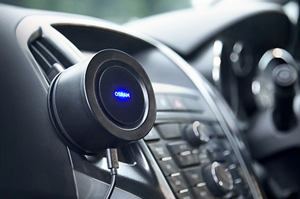 Osram’s Air Zing Mini air purifier, which will easily fit on air vents, removes germs from the air inside vehicles to improve air quality for drivers and passengers. With ultraviolet light, the device can eliminate up to 99.9 percent of viruses and bacteria. The device works at a wavelength of 360 to 370 nm and has already been successfully tested against bird flu viruses. It also eliminates airborne allergens, pollutants and smells.

With a diameter of 75 mm, the Air Zing Mini easily attaches to a vehicle's ventilation slats with a clip. The included USB cable supplies power to the air purifier via any standard USB socket. The device operates quietly and illuminates the brand logo on the top in a subtle blue to show that it is working. Air is drawn into the unit and passed through a titanium dioxide filter, where it is cleaned by an array of UV-A light emitting diodes.

A photo-catalytic reaction kills viruses and bacteria cells before the purified air is expelled through the top of the housing. The filter can be cleaned with clear tap water, dried and reused. There is no danger to passengers from the encapsulated UV radiation. Additionally, the device can be used freestanding, making applications outside the car possible, including on office desks. The air purifier is expected to be available starting October 19th 2020 in Europe at a suggested retail price of €69.99. 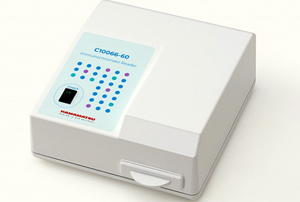 To further progress R&D work for novel coronavirus test reagents, Hamamatsu Photonics has developed a new fluorescence immunochromato reader with both high sensitivity and high reproducibility. Customer sales will begin on October 1st, 2020. This immunochromato reader will also be available as an OEM product for infectious disease diagnosis applications. A detailed technical specification of the reader is available on the Hamamatsu website.

The camera can be delivered with a VGA or QVGA resolution and different lenses to cover a horizontal field of view range from 24 to 70 degrees. An IEC 80601-2-59-2017 certification of a system, including the new GXF camera is pending. Like the Calibir GXM models, the new GXF camera is NDAA, Section 889 compliant.