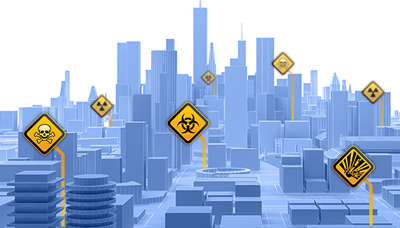 Block MEMS, a developer of quantum cascade laser (QCL)-based infrared detection systems, has been awarded a $3.5M contract from the US Defense Advanced Research Agency (DARPA), as part of its SIGMA+ Program.

The goal of the program is to develop a real-time, early detection system for the full spectrum of chemical, biological, radiological, nuclear, and explosive (CBRNE) weapons of mass destruction (WMD) threats at the city-to-region scale.

The SIGMA+ program is built on DARPA’s previous SIGMA program, which began in 2014 as an effort to develop scalable detection capabilities to counter the threat of radiological and nuclear WMDs. SIGMA developed thousands of high-capability, low-cost detectors and networked them to demonstrate large-scale, continuously-streaming physical sensor networks.

Dr. Anish Goyal, Block’s VP of Technology and principal investigator of the contract, commented, “This SIGMA+ contract extends Block’s standoff, chemical detection capabilities to the real-time, monitoring and mapping of urban environments. Block’s QCL technology and advanced algorithms are ideally suited for this application and we look forward to the development and, ultimately, deployment of such systems by operational partners.” 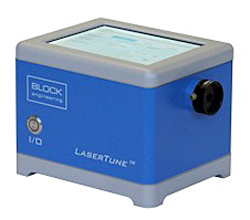 Al Weggeman, Block’s President, added. “This is a great opportunity to partner with DARPA and SRI in the creation of technologies that will promote global safety and security.”

Under this contract, Block MEMS will leverage its eye-safe laser capability to generate chemical detection maps via standoff sensing in a complex three-dimensional urban topography.

Block solutions are used by the aviation and transportation industries, regulatory and customs authorities, government agencies and military, commercial facilities and venues, and other secure facilities. Applications include the screening of people, vehicles, baggage, cargo and packages for explosives, drugs, and chemical agents and gases.

The following DARPA TV video explains the how the SIGMA+ program aims to expand the SIGMA program’s capability to detect illicit radioactive and nuclear materials with the development of new sensors and networks that would alert authorities to chemical, biological, and explosives threats as well.