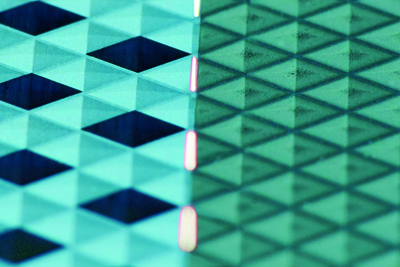 Car makers employ a variety of methods to emboss plastic panels for vehicle interiors. But the manufacturing the tools required for this purpose is typically an extremely time-consuming process.

Now a new laser-based machine triples the rate at which these tools are produced while enabling more complex structures. The expertise required for the various components and processes was developed as part of the “eVerest“ project in collaboration with partners from research and industry.

A key aim of the car industry is to produce vehicle interiors that convey an impression of superior quality. For example, the finer the texture of plastic surfaces, the closer they can create the appearance of leather or other high-quality materials. It takes auto suppliers a matter of minutes to fabricate this kind of surface.

Producing the metal tools required for this purpose takes significantly longer, usually up to four weeks for the tool structuring itself. The three-dimensional texturing is either etched onto the tool in dozens of individual steps or created by means of a laser process with ablation rates in the region of approximately 1mm3/min. The eVerest research project saw five companies and three research institutions join forces to radically improve laser structuring technology with resolutions in the micrometer regime.

“Our aim was to make the processes much faster while simultaneously achieving even higher texturing quality,” commented Andreas Brenner from the Fraunhofer Institute for Laser Technology (F-ILT), summing up the project’s objectives. 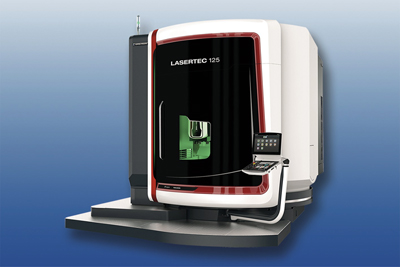 To optimize the processes, the engineers examined the efficiency of all the components. Significant progress was made by reducing “dead times” in the scan paths. To achieve this, the team tested new algorithms and worked with scientists at Münster University of Applied Sciences, who evaluated a range of concepts for highly dynamic focusing using convex piezo mirrors. They eventually succeeded in tripling the throughput using innovative scanner technology developed by Scanlab.

The researchers also took the laser technology itself to a new level. Ultrashort pulse (USP) lasers are recognized for their precision in the nanometer regime. The eVerest team therefore decided to incorporate a USP source in addition to the standard nanosecond laser.

USP lasers have been criticized for their low productivity. In this case, however, the Fraunhofer ILT process engineers employed a powerful, actively cooled fiber-coupled USP laser from Amphos – a Fraunhofer ILT spin-off firm, and part of the Trumpf Group since 2018 – to obtain the same ablation rate per watt as that offered by the ns laser. The USP laser makes it possible to reduce surface roughness to less than 0.5 μm.

Quality assurance is also key both during and after processing, and the team evaluated two fiber-coupled OCT systems from Precitec Optronik for this purpose. The inline system facilitates resolutions of 5 μm, while the post-process achieves as low as 1 μm. 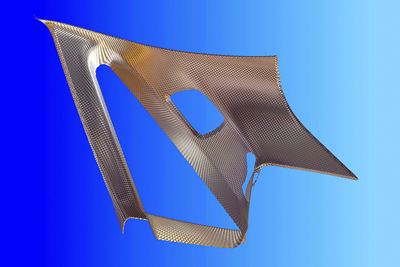 The individual components were incorporated into a machine based on the Lasertec 125 from DMG Mori. The developers had two key goals: firstly, that the machine should be easy to operate, without requiring any specialist expertise in the technologies used, and, secondly, that the number of processes should be reduced to a minimum. The simplicity of the processes represents one of the main advantages over etching, which frequently still relies on the instincts and dexterity of the machine operator.

The software plays a key role in making the fully automatic eight-axis machine easy to use. The team at RWTH Aachen University developed special tools that enable users to precisely simulate the desired structures on the surfaces and visualize their appearance in real time.

The machine’s new process control system also makes it possible to perform several tasks in succession in the same clamping. Engineers at Fraunhofer ILT have filed a patent application for the USP laser polishing technology developed as part of the eVerest project.

The process itself is now being tested in collaboration with partners at Volkswagen, but the potential applications of the core technology extend far beyond the confines of the auto industry. From embossing rollers in the printing industry to large bearings for rotor shafts in wind turbines, structured and functional surfaces are required across a broad variety of sectors.

“A detailed understanding of the process is essential whatever the application. The key is to combine this with modifications to the process technology and comprehensive control software,” said Andreas Brenner, summing up the project team’s approach.

eVerest project at LASER 2019 From June 24 to 27, visitors to the fair can learn more about the results of this collaborative research project at LASER World of Photonics 2019 in Munich on the joint Fraunhofer booth.