$350M cash deal is contingent on completion of mega-merger between Harris Corporation and L3 Technologies. 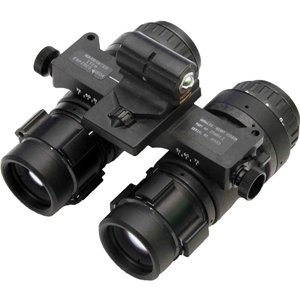 The $350 million cash deal is contingent on completion of the planned merger between Harris and L3 Technologies.

The two giant companies, both of whom have expertise across a range of military and space-based photonics technologies, announced a “merger of equals” last October, and the combined entities are expected to generate some $16 billion in annual revenues.

In January, Harris said that it had already begun exploring a sale of its night-vision business, in advance of the merger completion. With shareholders having just approved the deal, completion is now expected later this summer.

Double-digit growth rate
Harris CEO Bill Brown said in a company statement: “With the signing of the agreement to divest the Night Vision business, and yesterday’s approval by shareholders of the L3 Harris merger, we have achieved two significant milestones towards completing the transformational merger in mid-calendar 2019.”

Brown’s counterpart at Elbit, Bezhalel Machlis, added: “The market position and technological strength of Harris Night Vision make this acquisition significant to our long-term growth strategy, with a particular focus on the US.”

According to Harris, proceeds from the sale are set to be used to “pre-fund” the anticipated costs of the joint L3-Harris pension, and to return cash to shareholders.

In late January, Brown and the Harris executive team reported that the company’s night-vision business had grown at a “double digit” rate amid strong orders.

Brown confirmed during an investor conference call at the time that the unit would post full-year sales of between $150 million and $160 million in 2018.

Based in Roanoke, Virginia, Harris Night Vision claims global leadership in the area of image intensifier technology, and adds that it produces more night-vision devices than all of its competitors combined.