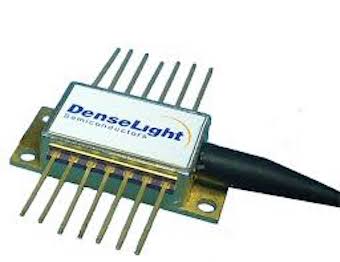 POET Technologies, the Toronto-based developer of photonic integrated circuits and transceivers for the data comms market, has announced a collaboration with MillView Photonics which will see the creation of a new design center located in Ottawa.

MillView, whose business includes distributed Bragg reflector lasers along with other optoelectronic components, was founded in 2017 as a spin-out from the University of Ottawa. The new agreement will bring together the MillView team and three PhD-level photonics engineers from POET, according to the company.

"In line with our stated strategy, we have assembled a team in one place dedicated to one goal – the design and development of waveguides and filters for our optical interposer platform."

That platform, first unveiled in February 2018, is based on POET's proprietary dielectric waveguide technology, and said to allow the running of electrical and optical interconnections side-by-side on one interposer chip at a micrometer scale.

MillView chief Trevor Hall, originally of Cambridge Consultants, commented that "we are all really gratified to be working as a team with POET Technologies. POET’s unique optical interposer platform has tremendous market potential, and we are all committed as one team to its success."

In November 2018 POET indicated it had received the first orders for optical interposer-based solutions "from leading global companies targeting data communication applications." It subsequently provided revenue guidance for 2019 of $8-10 million, representing a substantial increase over its 2018 revenue run-rate of under $4 million.

Other recent strategic moves by POET have also been made with the optical interposer in mind, including recent product announcements from DenseLight; an alliance with Accelink in China for access to optical transceiver products and markets; and an agreement with Almae in France for the co-development of lasers and modulators.

Applications for the interposer technology could ultimately include optical engines in datacom transceivers, photodetectors for industrial sensing, and laser modules in automotive LIDAR platforms.

Speaking to financial analysts in November during POET's most recent earnings call for Q3 2018, Venkatesan indicated that the optical interposer represented an expansion of the company's existing sensors business, which has been the primary source of revenue since the DenseLight acquisition.

He also commented that the incorporation of packaging innovations developed for the interposer would allow POET to "introduce an additional highly differentiated sensing product line at lower cost and higher performance" by the end of 2019.

"The optical interposer platform not only provides a versatile chip care assembly platform for photonics in general, but it is also compatible with more conventional silicon photonics solutions," he said. "This has opened up a new opportunity for integrated waveguide solutions in addition to fully integrated optical engine solutions."

That earnings call indicated that POET's Q3 revenues rose by 20 percent sequentially and 27 percent year-on-year, due to growing demand for DenseLight’s photonic sensors in test and measurement applications. Thomas Mika, POET CFO, commented that the company's future strategy included a recognition that a strong balance sheet was essential in order to be viewed as a reliable partner and supplier to the large organizations that it was now working with, and that POET would be seeking to raise capital from some suitable source.