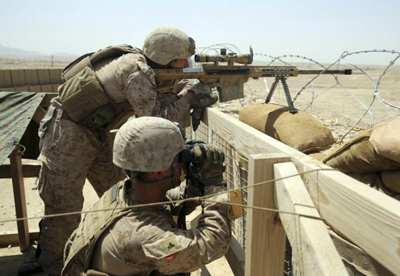 Proposed sensor is designed to improve and speed up target acquisition.

The company was awarded the prototype project through the Sensors Communications and Electronics Consortium (SCEC) other transaction agreement (OTA). Financial details of the contract were not disclosed.

The proposed solution is intended to, in the words of the Elbit announcement, "enable a dismounted soldier to identify and attack targets with true handheld targeting, while increasing situational awareness in a small, lightweight, modular package."

He added, "This next generation system performs in GPS-denied and other contested environments, offering increased situational awareness in all battlefield environments."

This system is designed to improve target acquisition ranges, reduces time to acquisition and to allow forward observers on the battlefield to adapt to new and unforeseen threats quickly. The specification adds, "the system also aligns with the U.S. Army's modernization efforts by enhancing lethality effects from the sensor to the shooter."

These systems are designed and produced in Elbit Systems of America's electro-optics and targeting Center of Excellence in Merrimack, NH. The company has recently completed a significant expansion of capabilities and infrastructure at the facility including a substantial increase in the engineering workforce dedicated to these solutions.