Europe sets up for 'no brainer' LED lighting push 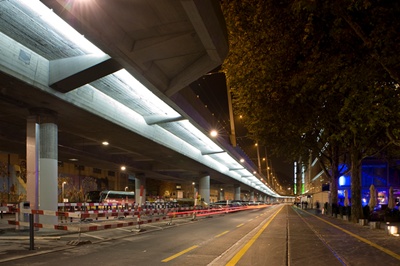 The European Commission (EC), which has already identified photonics as a key enabling technology, is now calling for a “massive expansion” of solid-state lighting (SSL) across the continent in a bid to reduce energy costs and boost its lighting industry.

And EC vice president Neelie Kroes, who received the Photonics21 ‘vision document’ from lighting giant Osram’s then-CEO Martin Goetzler at the organization’s annual meeting in February 2011, seems to have adopted the industry group’s line of thinking. Announcing a green paper and public consultation on the lighting topic, she said:

“Expanding LED lighting is a ‘no brainer’. It means more money in your pocket, and a healthier planet. Please give us your ideas on how to speed up its deployment and maximize the number of jobs and savings Europe can gain from expanding the use of LED lighting.”

Despite the obvious advantages, there are still a number of challenges for the industry to overcome before LED lighting can become a truly mainstream technology – not least costs, standardization and public awareness – and the EC wants to ensure that Europe does not get left behind by other major economies that are also targeting SSL.

The EC says that more feedback is needed from both lighting consumers and the industry, in order to refine policies that could include financial mechanisms to back large-scale SSL deployments, and a dedicated “task force” to come up with a roadmap and implementation plan aimed at creating a lead market in European cities.

“Such a mandate may include setting up innovative financial schemes and public-private partnerships, as well as mechanisms for the sharing of information and best-practice experience,” states the EC in its “Lighting the Future” green paper, which proposes to launch a number of new policy initiatives and a public debate across Europe with the aim of accelerating the pace of SSL deployment.

At the moment, many city authorities have little awareness of that potential, however, while those that are aware of it face other challenges. “Many cities are reluctant to use SSL widely in outdoor lighting, mainly because of the relatively high up-front investment cost, which clashes with tight annual city budgets,” states the EC’s green paper. “Other reasons include lack of trust-quality certification schemes and of standards to develop proper specifications.”

For residential customers there are similar challenges, although the EC suggests that SSL could bring about a revolution in the way that light is sold, as well as the way in which it is produced. Saying that there is a need to put in place financial incentives for domestic users to buy and install SSL, the green paper proposes that lighting could instead be provided in the form of a service - similar to gas, electricity or communications – rather than simply through the sale of SSL “bulbs” as standalone products.

In such an approach, which has already been proposed in the EC’s Directive on Energy Efficiency, lighting companies could carry the cost of an installation, before gaining a return on the energy savings achieved. 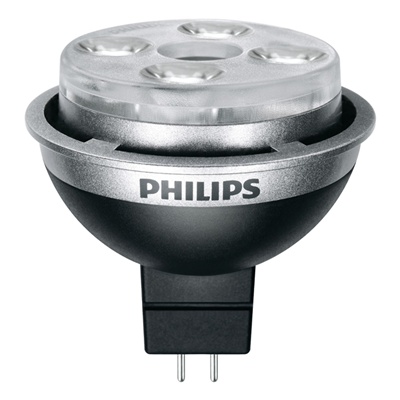 Industry presence
While the presence of Philips and Osram means that Europe is home to two of the world’s three leading players in lighting, and two major LED makers, SSL uptake is regarded as slow. The EC believes that other countries, in particular China, Korea and the US, are moving ahead quickly, thanks to significant government support and national strategies.

According to a recent report by McKinsey & Company, the global lighting market was worth around €52 billion in 2010, with close to 30% of that total relating to European spending. By 2020, says the same report, the total will increase to €88 billion – although by then Europe is only likely to account for 25% of the total as developing economies increase their share.

“Europe faces the challenge of removing existing barriers to deliver SSL’s potential, while helping the European lighting industry to remain at the forefront of global competition,” says the EC.

The EC also acknowledges that while Europe’s lighting industry currently employs an estimated 150,000 people, LED chip production only takes place to a limited degree on the continent. Although Philips’ Lumileds subsidiary is a major player, it largely manufactures its chips in San Jose, California, and Asia, leaving Osram’s Opto Semiconductors division as the only leading LED firm to make chips in volume on European soil.

Among some key strategic issues identified by the EC as needing to be addressed are: the ability for technologies developed in Europe to be translated into fully marketable products (highlighted by Photonics21 as the “valley of death” in its vision document); increased cooperation along the value chain; and access to intellectual property rights.

The green paper also highlights the reliance of LED technology on scarce raw materials - including the indium and gallium that are required for the light-emitting layers of the LED chips, and the rare-earth elements like yttrium and cerium that feature in phosphors to convert blue LED light into white. China controls more than 95% of rare-earths supply, with exports severely restricted.

Partnerships and consultation
While Photonics21 has already proposed a public-private partnership (PPP) in photonics, the green paper appears to move that suggestion on by inviting stakeholders from the SSL industry to add some weight to the main focus and strategic objectives of such a PPP.

The EC calls for the European lighting industry to match public support under the “Horizon 2020” innovation plan, “including investing in SSL manufacturing”, as well as launch its own initiatives to improve cooperation between large companies and SMEs, and work on standards with the relevant European bodies.

A public consultation on SSL will now take place via this dedicated EC web site, with all interested parties invited to submit their contributions by February 29, 2012.

• In the UK, the Energy Saving Trust (EST) has just declared a recent field trial of LED lighting in communal areas of social housing as “a great success”, by significantly improving the quality of light while simultaneously cutting energy costs. 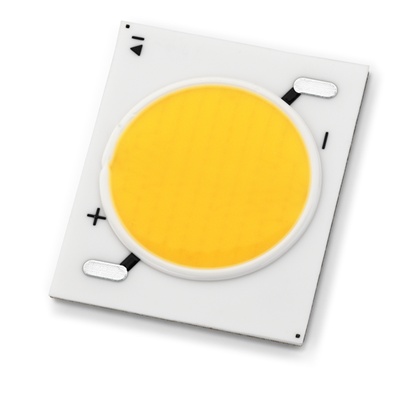 However, in its report of the £1 million project, which saw LED lighting installed in a number of sites across England, the EST echoed the EC by concluding that the extra up-front costs of the technology remained a serious constraint. In fact, the planned third phase of the project was cancelled due to UK government spending cuts to a wide range of programs.

“Interest in the LED field trial from social housing providers and LED suppliers increased as it progressed,” concluded the EST in its report. “It is a great shame that phase three had to be cancelled, as it is likely that new LED suppliers would have got involved and the products installed would have developed yet further.”

Even so, the trial appears to have clearly demonstrated the excellent performance of LED lighting, with the EST adding that the extra light in shared corridors and stairwells was much appreciated by tenants. However, because of the high cost of the new technology, only a few social housing managers have gone on to install LED lights. “Without grant-funded support, it is unlikely that the technology would be installed, despite its obvious benefits,” the EST said.

To encourage further uptake, the EST suggests that previous schemes used to transform markets for home insulation could now be imitated, and it plans to discuss this possibility with both the UK’s Department for Energy and Climate Change, and energy regulator OFGEM.