After a tough year in 2009, Jenoptik anticipates a marked improvement in 2010.

Jenoptik has published its annual report for fiscal 2009. The Jenoptik Group as a whole posted sales for fiscal 2009 of €473.6m compared with €548.3m in fiscal 2008. The 13.6% fall is said to be primarily the result of the crisis in the semiconductor and automotive industries. Lasers for medical technology and laser processing systems for the photovoltaics industry were highlighted as reporting a stable to good performance. 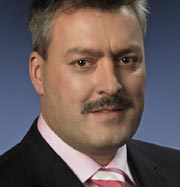 Discussing the results, Jenoptik chairman Michael Mertin was optimistic about the year ahead. "We are seeing a recovery in individual areas of the markets and this is currently being maintained. That's also demonstrated by the latest reported order intakes in the area of traffic safety and lasers for medical technology," he said.

Provided the upturn in the semiconductor industry market continues and based on the current assessment, the group forecasts a positive net profit in the current fiscal year and sales of between €475 and 500 million.

A major factor that influenced the fiscal 2009 result was one-off costs. The group EBIT before one-off effects came in at €7.8m; a positive result as forecast. However, the cost of one-off effects spiralled to a total of €27.4m. These mainly included withdrawal from the mid-format camera business (€9.6m), personnel reductions (€10.4m) and other value adjustments connected with these measures (€7.4m).

"These cuts were painful but necessary in order to secure sustainable and profitable development over the fiscal years ahead," Mertin explained. "As a result of the withdrawal from the mid-format camera business, the optimization of locations and the personnel measures, the number of employees in the group was reduced to approximately 3000."

Turning to the lasers and optical systems segment specifically, sales in fiscal 2009 fell by 19.5% to €166.7m from €207m. Mertin explained that despite some areas of the lasers and material processing division reporting stable to good performances, they were unable to compensate for the reduction in sales and earnings as a result of the weak business in the semiconductor sector.

Mertin ended on an optimistic note saying that at the end of fiscal 2009 and over the past few months of the current fiscal year, the semiconductor market was showing early signs of recovery. "This will lead to an increase in sales and consequently the result in the current fiscal year although they will not return to the levels achieved in 2008," said Mertin.

• At the end of March 2010, Jenoptik's lasers and material processing division announced that it had received an order to deliver lasers for medical use to a US-based client. The order covers a period of three years and has a total value of US$16m (just under €12m).