Dolní Břežany, Czech Republic -- 16 May 2020 is an important milestone in the laser history. On the 16th of May 1960, the American physicist and engineer Theodore Maiman (pictured, below) designed and launched the first functional laser system in the world and this year we celebrate its 60th anniversary. Three years later in 1963, Czechoslovakia became the another country that built it‘s own functional laser. 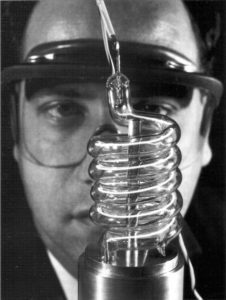 The laser is now an essential work tool for many researchers, but also a common part of everyday life. We meet it in hospitals, dental surgeries or supermarkets. It is significant for all of us and therefore we wanted to celebrate this anniversary properly. Unfortunately, it went awry due to pandemic measures against the spread of coronavirus and we had to cancel all public events.

Let’s remind everyone about today’s laser anniversary, and the International Day of Light as well in this virtually way at least. We prepared for you some videos presenting not only the history of the laser, but also its origin and use in practice.