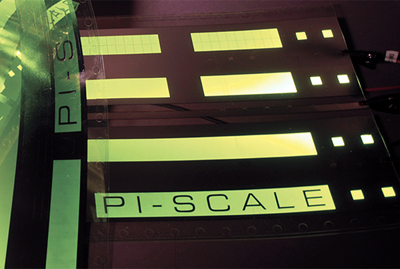 The Fraunhofer FEP, based in Dresden, Germany, is to showcase its substantial experience in the development of R&D lines for manufacturing of OLED lighting devices.

As a core team partner of the European PI-SCALE flexible OLED pilot line, the FEP will next week present the first demonstrator models at the IDW 23rd International Display Workshops in Fukuoka, Japan, between December 7th– 9th.

The FEP says that thousands of high-tech SMEs in Europe can often lack access to the advanced infrastructure and expertise needed to manufacture new and innovative products such as these.

The PI-SCALE project is bridging this gap with the aim of helping companies progress photonics technologies from the lab to the marketplace. The project is funded by the EU’s Horizon 2020 research and innovation program.

Flexible OLED lighting applications are expected to open up a range of possibilities for special lighting applications such as in medical applications for light therapy, in architecture and transportation as a lightweight solution for touch-display applications. Many OLED products and a lot of ideas for such already existing, says the FEP, and the latest research results and technological know-how is now ready to be used.

The FEP is responsible for the R2R anode (roll to roll) deposition on barrier web, which is produced by the project partner Holst Centre as well as for the OLED-deposition by using evaporation methods. The OLED-deposition at the FEP can be done in both R2R and S2S (sheet-to-sheet) processes.

With R2R, it is possible to produce endless long stripes with outputs up to up to 30 lm/W and in S2S high-quality OLEDs with a high performance can also be produced. As substrates the pilot line mainly uses plastic web and ultra-thin-glass. 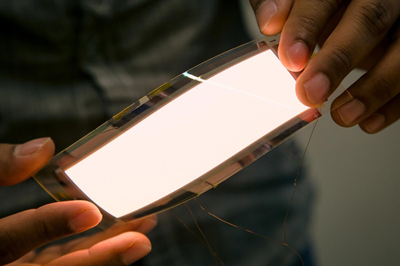 Project leader Claudia Keibler from FEP commented, "We could demonstrate that the S2S and R2R process flows of the pilot line are working by producing up to 15m long OLED-stripes with an efficiency higher than 30 lm/W and with nearly 100% yield.”

In total, around 50 million OLEDs were deposited in the R2R process within the PI-SCALE project. They have an average efficiency of 30 lm/W. To show the reliability and reproducibility of the pilot line it is planned to produce 15m-long OLEDs in R2R each month and to evaluate them. In S2S a monthly monitor batch of four 6in plates will be done, to demonstrate the operational capability of the pilot line production processes.

In order to achieve this and to proof the functionality of the pilot line service, partners all along the whole value chain are represented in PI-SCALE – from material supplier up to the end user. Together with the other technology partners of the pilot line customer specific OLED solutions are offered considering also the price-performance ratio. From July 2017, the pilot line service will be ready to supply customers with customized flexible OLEDs on thin-glass as well as on plastic foil, which can be produced in R2R and S2S.

One of these first flexible OLED developments resulting from PI-SCALE and processed in R2R on ultra-thin glass by Nippon Electric Glass will also be presented by FEP at the IDW 2016.