First US commercial procedure signals launch of CardioFocus platform in the territory. 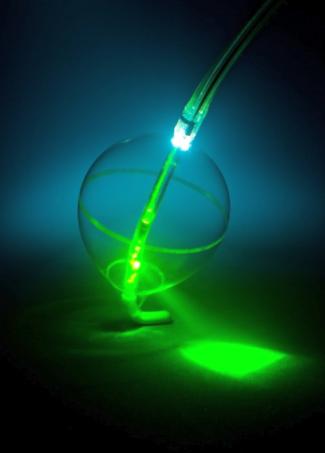 The discomfort and pain of paroxysmal atrial fibrillation (AF), a condition in which the atrial chambers of the heart lose their normal beating rhythm for a period before returning to normal, is familiar to more than two million people in the United States and four million people in the developed world each year - and the numbers are rising as the population ages.

Attempts to treat the condition through prescribed drugs have proven less than effective, and can have potentially debilitating side effects for younger and more active patients.

A better solution is an ablation procedure applied to areas around the point where the pulmonary veins enter the atrium - a procedure known to disrupt the abnormal electrical signaling involved in AF and help to restore a normal cardiac cycle, even if the exact physiological reasons for its success are still being investigated.

A clinical system from Massachusetts-based CardioFocus designed to carry out this ablation process with a laser has now been used for its first US commercial procedure at New York's Mount Sinai Hospital, following FDA premarket approval for use in the territory granted earlier this year.

The HeartLight platform, based around a balloon catheter design, has been in use in Europe since 2009 and has treated more than 3000 patients according to the company; but the Mount Sinai procedure marks the start of the company's commercialization of its system in the US, a potentially substantial business opportunity.

"The term 'ablation' usually means removing or vaporizing material, but in this case it involves applying energy to the tissues to create controlled lesions in specific locations," commented Jerry Melsky, CardioFocus VP of Engineering. "Heating tissues to the point where the electrically conducting cells are killed, but without doing any more extensive damage to the surroundings, turns those cells into scar tissue that then blocks further unwanted electrical activity."

Existing systems for creating this localized scar tissue have also used catheter-based designs, but usually delivered either RF energy to the cells, or a cryogenic refrigerant to kill the cells through intense cold. These approaches often create large and unsophisticated lesions on the tissues of interest, but effective treatment of paroxysmal AF requires a more complex pattern of scarring and the creation of lesions in ring patterns around each of the pulmonary veins entering the atrium - a level of finesse that makes the laser source a more suitable solution.

The laser itself need not be overly sophisticated, however, and HeartLight employs a conventional commercially available 10 W source - a significant factor in designing the system to be as simple and robust as possible, for real-world clinical use.

Imaging capability
"HeartLight employs a near-infrared laser deployed through one channel of the catheter, emitting at 980 nanometers," said Melsky. "This wavelength has desirable penetration capability within the tissues, and can create lesions without also creating hotspots on the endocardial surface that can then lead to charring or post-procedural thrombis. The laser heats an area of five to seven square millimeters at any one time, irradiating a relatively wide patch of tissue rather than being focused to a small spot."

The other key features of the platform are a 500-micron fiber optic endoscope deployed through a second channel of the catheter that provides surgeons with a visual image of the site to assist with accurate positioning of the laser; and the balloon containing both laser and endoscope, inflated in the atrium once the probe has reached the correct location. Incorporation of the imaging endoscope in the device is a unique feature of the CardioFocus system, according to Melsky. Existing RF platforms lack direct imaging capabilities, meaning that surgeons using them must proceed with less precise information about exactly where the lesions are being created.

CardioFocus was founded in 1990 as Rare Earth Medical, whose medical laser interests included the commercialization of a system intended to help prevent coronary artery restenosis - the re-narrowing of the blood vessels after angioplasty procedures.

In the late 1990s, when the discovery was made that tissues located in one or more of the pulmonary veins played the key role in cases of AF, the company set about adapting its laser technology to this new application, leading to an initial clinical study of 56 patients in 2012 which demonstrated the potential of the HeartLight system, The current FDA approval in the US came after a further study involving over 300 patients, which found that 61 per cent of patients treated had not experienced a repeat episode of AF after one year.

"In Europe, balloon-based procedures account for around half the ablation procedures carried out," commented Melsky. "So we think that there is huge potential for the HeartLight laser platform in the US."