Daylight to work on UV laser for helicopter protection 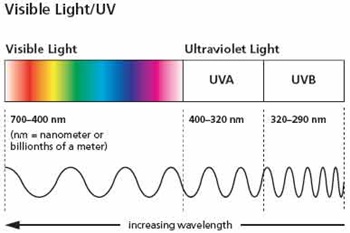 Daylight Defense, the San Diego company best known for its development of quantum cascade laser (QCL) technology, has landed a small business innovation research (SBIR) project that will see it branch out into the ultraviolet spectrum.

The firm, a subsidiary of Daylight Solutions, has been selected by the US Army, which wants high-power UV sources to help protect helicopters.

That will represent something of a departure from the infrared region in which Daylight’s QCLs operate, and which are starting to find use in countermeasure applications, although CEO Timothy Day believes that the diversification is well within the firm’s expertise.

“The development of compact, ruggedized UV laser modules fits well within our product roadmap to bring advanced capabilities to the warfighter,” said Day in a company release.

According to the US Army’s 2013 solicitation, entitled “continuous-wave ultraviolet laser for ASE”, the idea is to produce a diffraction-limited near-UV beam with an output power of at least 3 W, and capable of operating without the need for cryogenic cooling.

“The Army is interested in laser sources in the near-UV (UVA) for applications such as light detection and ranging (LIDAR) and other applications for helicopter survivability,” states the solicitation, adding that it requires the devices for use in conjunction with a pointer-tracker module to locate small objects in the path of a helicopter while it is in flight.

Potential designs could include multiple UV-emitting chips, and the ultimate goal of the project is for the total weight of the optical components to be less than five pounds.

And while the source is expected to be driven directly, the solicitation suggests that other designs including optical pumping could be considered.

Military and commercial
The first phase of the project will identify the appropriate semiconductor materials for UVA laser emission, as well as design methodologies and critical design parameters for a system that would be suitable for helicopters, and a feasibility study.

Phase two will see that progress to a prototype laser system for testing, perhaps based around a single chip to validate the design ahead of a full-power build. After that, the system is expected to be ready for both military and commercial use, with the US Army eyeing applications in aircraft protection, threat warning, and battlefield awareness.

In collaboration with strategic partner and Daylight investor Northrop Grumman, Daylight has developed a compact and lightweight QCL-based common infrared countermeasures (CIRCM) platform, which is suitable for deployment on smaller aircraft.

The company has also launched new kind of microscope recently. The “Spero” is said to be the first commercially available laser-based infrared microscopy platform, and is being used in research at Rice University in Houston for the optical detection of breast cancer.

Rebekah Drezek’s group at Rice is seeking to demonstrate the advantages of the tunable, mid-infrared laser-based system over a conventional Fourier Transform Infrared (FTIR) microscope, using a sub-set of key infrared wavelengths and an analytical scheme that promises to automate and vastly speed up diagnosis.