For production of fiber-based systems for OCT and more, also to be sales and support center for Canada. 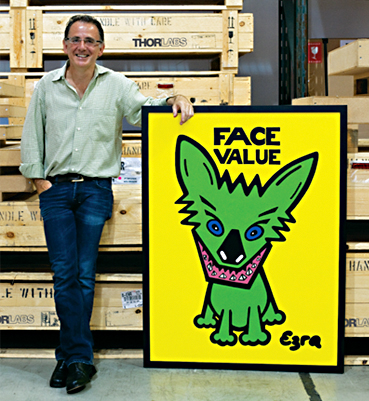 Thorlabs, headquartered in Newton, NJ, USA, has announced that it has added a new R&D and manufacturing site to its global operations. Based in Montreal, Thorlabs Canada ULC will focus on the development and production of a range of innovative passive fiber-based optical components. The opening of the Canadian operation expands the company's geographical footprint, which now includes 13 manufacturing entities in nine countries over four continents.

The Montreal team, currently four people but planned to expand to 40 when fully operational, will focus its R&D efforts on developing a broad range of fiber-based optical components necessary for next-generation medical imaging devices and advanced instrumentation for use in the physical sciences. The company said its decision to establish a new office in Montreal was "a natural given the talent, capabilities, and experience of the local optics and physics community."

“We look forward to collaborating with strong academic partners, such as Ecole Polytechnique & Université de Montréal, to bring innovative optical components to the market place. We are also excited to contribute to strengthening Montréal’s position as a technological center in Photonics,” said Eric Geoffrion, Managing Director of the Canadian operation.

Laurie Morgus, Thorlabs' Global Marketing-Communications Manager told optics.org, "Our new operation in Montreal is mainly to support our growing business in Canada because Thorlabs has a number of significant clients in the country. As well as a production center, the Montreal site will also serve as a sales and support base.

"Production of product prototypes has already commenced there and one of the important market areas it will be addressing is optical coherence tomography for medical applications, which depend on a number of optical fiber-based systems. It will not be a separate silo within the company as we expect a good deal of integration with our other operations."

"Thorlabs Canada has recently begun hiring and expects to reach full employment of 40 people within a few years. We are still a rapidly growing company and expect to be be making further announcements about other new production facilities at new locations as we develop."

Thorlabs, a vertically integrated photonics products manufacturer, was founded in 1989 to serve the laser and electro-optics research market. As that market has spawned a multitude of technical innovations, the company has extended its core competencies to play an ever increasing role in the photonics industry at the research end, as well as the industrial, life science, medical, and defense segments.