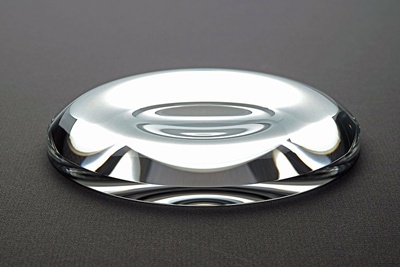 Zygo says that its optical systems division has won a large order from what is described as a major medical device company, just days after it revealed another multi-million-dollar deal to provide extreme ultraviolet (EUV) optics for lithography development.

John Stack, President of Zygo’s optical systems division, said: "Design and manufacture of complex high-precision objective lenses across many markets is one of Zygo's core competencies."

The EUV lithography optics order comes at a critical time in the commercial development of the technology, with key stepper tool provider ASML due to start assembling the first EUV tools capable of high-volume manufacturing (HVM) within months.

Such is the complexity and precision required of EUV lithography that it has been likened by some in the industry to putting a man on the Moon in the 1960s. Its introduction has been hampered in large part by the extreme difficulty of developing an EUV light source with the necessary output power, reliability and stability demanded by chip manufacturers.

Zygo’s latest order is linked to the $9 million contract signed last year with industry group Sematech and the College of Nanoscale Science and Engineering (CNSE) at the University of Albany, who are co-ordinating the development of a fifth-generation micro-exposure lithography tool known as MET-5 that features Zygo’s optics.

The program is designed to help researchers achieve line widths of less than 16 nanometers and support the semiconductor industry’s technology roadmap projected out to the year 2025. “To be entrusted with this follow-on order for some of the finest EUV optics ever made is testimony to 20 years of accomplishment in this field," said Marc Tricard, Zygo’s executive director of business development.