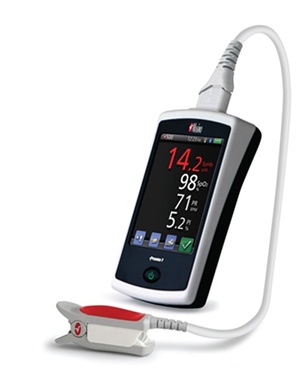 Masimo, which sells a range of multi-wavelength handheld photonics devices for non-invasive blood tests including pulse oximetry, has purchased the foundry business through a deal valued at $8.5 million.

That total comprised $8 million for the semiconductor business unit itself, plus another $0.5 million in assumed liabilities.

Previously known as Bandwidth Semiconductor, the Hudson, New Hampshire, foundry unit specializes in III-V semiconductors and manufactures a wide array of photonic devices – with processes for a broad range of LEDs and laser diodes, including vertical cavity surface emitting lasers (VCSELs), and photodetectors. Until recently, one of its solar cells also held the world record for conversion efficiency – after a collaboration with the US National Renewable Energy Laboratory (NREL) produced a triple-junction cell with a conversion efficiency of 42.3 per cent.

In the medical sphere, the company has developed processes for devices operating in the biologically important 600-2000 nm range, with applications including photodynamic therapy, oxygen sensing and infrared imaging.

Pulse oximetry
Founded by current CEO and chairman Joe Kiani back in 1989, Masimo has been developing portable pulse oximeters for the best part of 20 years. In 2005, the firm began producing its “Rainbow” range of multi-wavelength, non-invasive handheld units for blood analysis, and Masimo says that it now has 120 engineers engaged in research and development.

Masimo’s “SpHb” test device is said by the company to enable rapid and continuous haemoglobin monitoring without the need to draw blood – providing a tool to detect signs of anemia, internal bleeding, and the need for blood transfusions in patients undergoing surgery.

The technology is available as part of the company’s pulse CO-Oximetry product platform, which uses 12 different wavelengths of light to acquire blood data based on absorption characteristics. Those data are then analyzed to identify and quantify various constituents of the patient’s blood, which are displayed by the handheld device.

Commenting on the acquisition in a statement issued by Masimo and Spire, Kiani said: “Spire Semiconductor is a very innovative company. We have been extremely impressed with their technology and the service they have provided to us as a customer.”

“We plan to continue building on the proprietary technology base established. The acquisition will permit us to focus the operation on Masimo’s custom component requirements and accelerate technology advancements in our non-invasive blood monitoring products,” he continued.

Spire, which has other divisions focused on biomedicine and turn-key solar manufacturing systems, has endured a tough past 12 months in which its stock valuation has slumped alarmingly – the Nasdaq-listed company is currently valued at around only $10 million.

When announcing Spire's most recent quarterly financial results, which were filed in November 2011, Spire CEO Roger Little had hinted at the potential sale of Spire business units, saying that the company was “reviewing strategic alternatives”. The Masimo deal will also help to bolster Spire’s cash position – as of September 30 last year the firm said it had only $2.3 million in cash and equivalents. Little pointed out that Masimo had been one of the acquired unit’s largest customers for the past several years.

In contrast, Masimo has just reported full-year sales of $439 million for fiscal 2011, up 8% on 2010 and delivering the company a healthy-looking pre-tax income of $86.5 million.