Jenoptik strengthens military business in US

With Jenoptik Defense, Inc. newly established, the company believes it is well positioned for growing business in North America. 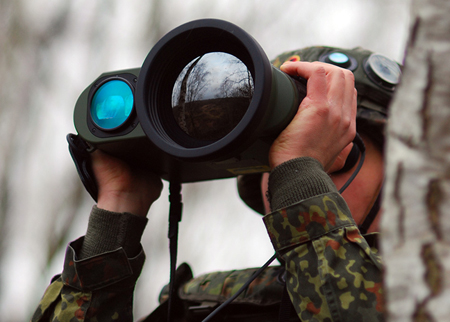 Jenoptik has established a new US subsidiary to develop new business in the defense and homeland security sectors. Jenoptik Defense, Inc., incorporated at the end of 2011 but only recently announced publicly, is a part of the Jenoptik Defense & Civil Systems division, which provides a wide range of products, components and system solutions focusing on ground combat vehicles and reconnaissance instruments.

The parent company has high hopes for this division in North America, but realized last year that it would need to establish a US company in order to meet the US Government’s trade criteria. The parent company, which is based in the photonics hub city of Jena, Germany, has five divisions of which one is Defense and Civil Systems.

Martin Ruff, commercial manager, told optics.org: “We are hopeful that he US Government will become one of our customers and we have already made a bid to supply hand-held infrared devices incorporating a classified GPS system. Looking ahead to the future business prospects for Jenoptik Defense, I would expect to see double digit millions of dollars of new business within the next five years.”

Jenoptik Defense has been chartered to serve US defense and security customers with its military handheld reconnaissance equipment, capable of day / night observation. The company is a specialist for thermography and infrared camera modules for various applications. Furthermore Jenoptik’s US locations offer design, fabrication, assembly and test of custom optical components and assemblies for US defense applications, from the deep ultraviolet to the far infrared spectral range. 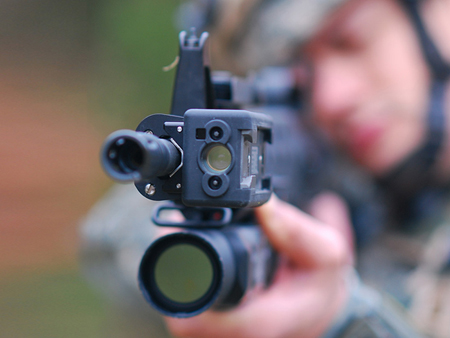 “The establishment of the subsidiary reflects the importance of the American market for Jenoptik”, adds Ruff. With a focus on military and security markets, Jenoptik also operates in the commercial infrared applications and the laser sensor systems and rangefinder market. Jenoptik already is a household name in these markets.”

“At the moment we are working on three main product lines; mechatronics – which includes electromechanical stabilization systems, generators and electrical energy systems; OEM laser range finders and observation and trajectory equipment. Initially JDI will be selling systems manufactured in Germany but we are preparing ourselves for assembly in the US and possibly even complete production.”

JDI, is partly collocated in Jupiter, Florida, with the US operation of Jenoptik Optical Systems, which has about 80 staff. JDI also has a satellite operation in Rochester Hills Michigan collocated with Hommel-Etamic America, another Jenoptik division, which manufactures high-precision, tactile and nontactile production metrology systems.

The Jenoptik Defense and Civil Systems division recently exhibited key systems in the range at the AUSA Winter Symposium & Exhibition in Fort Lauderdale, Florida at the end of February. The company showcased its energy system solutions and products portfolio: from integrated starter generators to compact Auxiliary Power Units (APU). In addition the latest model of the Nyxus range checker was demonstrated. 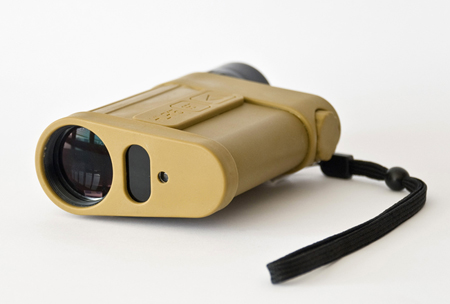 As an integrated optoelectronics group Jenoptik operates in the five divisions of Lasers & Material Processing, Optical Systems, Industrial Metrology, Traffic Solutions as well as Defense & Civil Systems. Its customers around the world primarily include companies in the semiconductor and semiconductor manufacturing industry, the automotive and automotive supplier industry, medical technology, security and defense technology as well as the aviation industry.

The Defense & Civil Systems division focuses on the areas of military and civil vehicles, rail and aircraft equipment, drive and stabilization technology as well as energy systems. The service spectrum also includes optoelectronic instruments and systems for the security industry as well as software, measurement and control technology. In the laser and infrared sensor systems field the focus is on the development, manufacturing and marketing of laser distance measurement equipment as well as infrared camera systems designed to meet a wide range of applications.