US Department of Energy program with echoes of Kennedy's "moon-shot" goal begins with a $27M investment in solar technologies (updated Feb 14). 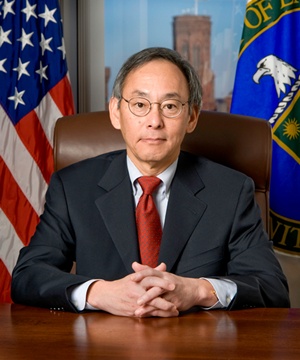 The US Department of Energy (DOE) has launched a program aiming to deliver grid-parity solar photovoltaics by 2020, a goal that will demand roughly a 75% reduction in the cost of systems compared with today.

Comparing the “SunShot initiative” to the moon landings program of the 1960s that President Kennedy called the “moon shot”, the current US Energy Secretary (and photonics pioneer) Steven Chu said that the target was to reduce the cost of utility-scale PV to about $1/W, equivalent to $0.06 per kilowatt-hour. The initiative is also a key part of President Obama's goal of producing 80% of US electricity from clean energy sources by 2035.

Under the initiative, which Chu also hopes will restore the US to the forefront of the PV market, the DOE has announced details of $27 million just awarded in projects to support the development.

“America is in a world race to produce cost-effective, quality photovoltaics,” said Chu. “The SunShot initiative will spur innovations to reduce the costs of solar energy and re-establish US global leadership in this growing industry.”

To bring down the cost of the technology, the DOE will on four key topics: improved solar cells and arrays; better electronics to optimize PV system performance; more efficient processes for manufacturing key components and systems; and streamlining the installation, design and permitting processes for solar systems.

$27 million awards
Of the latest $27 million that is expected to be handed out, $7 million comes via the existing Solar Incubator Program, which has awarded a total of $50 million in PV projects since its inception under the previous US administration in 2007.

The three new recipients of “Tier 1” Incubator funds are all based in California. Pasadena-based Caelux, and Solexant and Stion – both Bay Area companies – will each receive $1 million to support one-year research projects. Solexant and Stion are interesting selections, in that both have attracted significant venture capital finance within the past year.

Solexant already has a 2 MW pilot line for roll-to-roll printing of CdTe cells, but the Incubator funding is earmarked for the development of an unspecified new thin-film material based on abundant, non-toxic materials – so not CdTe, then.

Stion, which has raised more than $100 million in venture funding to date, and which last summer agreed a volume production partnership with the giant silicon chip foundry TSMC, is already embarking on the construction of a 100 MW fab to make thin-film cells. Its $1 million award is for a novel technology that will allow stacking of two thin-film devices to increase light absorption and power generation.

Meanwhile Crystal Solar, which is focused on thin-film silicon, is to receive up to $4 million over 18 months to scale up new technology for making, handling, processing and packaging cells.

SunShot funding
Funded directly through the SunShot initiative are five projects, totalling up to $20.3 million of investment and aimed at either reducing the cost of cell production or improving cell efficiencies:

The Lexington, Massachusetts, company 1366 Technologies is to receive $3 million to further develop a process for making silicon wafers that does not involve sawing individual wafers from silicon ingots.

Varian Semiconductor in Gloucester, Massachusetts, has been awarded up to $4.8 million to reduce the cost of making interdigitated back-contact cells, which help improve cell efficiency by not blocking out sunlight, as is the case with front contacts.