Significantly improved sales enhanced by income from acquisition of Ross Optical, which grew customer base and defense sector capabilities. 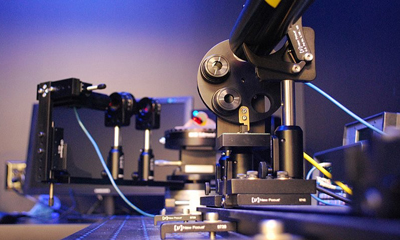 Precision Optics Corp., a Cost Mesa, CA-based manufacturer of advanced optical instruments for the medical and defense industries, has announced its operating results for its fourth quarter and fiscal year, which ended ended June 30, 2019.

Revenue for the quarter was $2.4 million compared to $1.5 million in the same quarter of the previous fiscal year, an increase of 63%, driven primarily by an increase in production revenue for medical devices that incorporate the company’s Microprecision technology, as well as one month of contribution from the newly-acquired Ross Optical – which added $656,000 to Precision’s revenue during June 2019.

Production revenue was $912,000 in the quarter, an increase of 18% compared to $770,000 in the same quarter of the previous fiscal year. Gross margins of 36% in the quarter continued to improve sequentially for the second consecutive quarter, the company added. A net loss of $109,000 during the quarter included $128,000 of business acquisition expenses and $117,000 of stock-based compensation.

Excluding the one-month contribution from Ross Optical, the fiscal year revenue was $6.1 million, an increase of 52% compared to the previous fiscal year. Pro forma financial results show a combined organization (Precision Optics and Ross Optical) with $10.5 million in sales and gross margin of approximately 36%.

Dr. Forkey continued, “Fiscal 2019 was a milestone year for us also because of the acquisition of Ross Optical Industries. We completed this acquisition – the first ever for Precision Optics - on July 1st. One of the benefits of the acquisition is that it expands our readily accessible customer base, particularly in the defense industry, where we believe there are opportunities for use of our Microprecision micro optics and imaging systems.

“The acquisition also extends our product offering to include a wider range of lens and optical system sizes, drives economies of scale within our organization, and allows the combined company to leverage our technical proficiency in offering end-to-end solutions to the expansive Ross Optical customer base. We look forward to the many opportunities we believe are available to drive further growth and efficiencies in 2020 and beyond.”