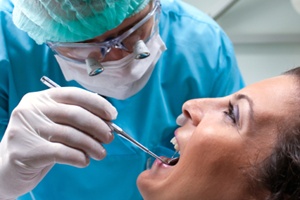 Biolase, the dental laser company that has deployed some 14,000 systems worldwide, has signed a $9 million sales deal as part of a re-negotiated contract with key distributor Henry Schein, Inc (HSI).

HSI, previously the exclusive North American distributor of Biolase systems, has instead agreed a non-exclusive deal, following a major shake-up in the Californian company’s sales strategy and boardroom.

CEO Federico Pignatelli, who took control of the company in something of a boardroom coup in summer 2010, said of the shake-up: “In essence, what we eliminated was unnecessary and non-essential for Biolase to perform successfully and with efficiency. At the same time, we are continuing our critical innovation and new product development activities.”

That innovation now includes the full release of the company’s “iLase” product, a hand-held, diode-based system that Pignatelli believes will greatly expand the impact of laser technology in the dental surgery. HSI’s latest purchase order includes $6 million for the iLase, a 940 nm source with a maximum pulsed output of 5 W and a retail price of $4995, plus a $3 million option for further systems.

Pignatelli says of the iLase: "What is particularly noteworthy about the product is that it can be used, not only by a dentist, but by a dental hygienist as well. This brings the potential number of users to 250,000 in North America alone."

Biolase says that the iLase has been cleared by the US Food & Drug Administration (FDA) for use in 25 different soft-tissue and dental hygiene procedures, including gingivectomies, excisions and crown lengthening.

Reduced breakeven
Following Pignatelli’s restructuring of the company, Biolase now anticipates an annual sales breakeven level of approximately $32 million. Net revenues in fiscal 2009 came in at $43.3 million, although the company still posted a net loss of almost $3 million. After that, a very weak start to fiscal 2010 has seen Biolase report sales of just $10.3 million in the first half of the year, less than half the equivalent figure in 2009 - enough to precipitate the boardroom turmoil from which Pignatelli has emerged in virtually sole control of the company.

The current CEO stresses that although costs have been stripped back significantly, he has taken care to protect the company’s focus on product innovation, while also expanding its internal sales team:

“As a consequence of the new business model, and the reduction in overall fixed costs, our current yearly sales breakeven level is now at approximately $32 million on an EBITDA cash basis. It therefore becomes highly likely that Biolase will be profitable in the fourth quarter of 2010 and beyond."

• Following the announcement of its restructure and revised distribution agreement, shares in Biolase soared nearly 60 percent in early trading, to trade at close to $1.30. In recent weeks, the company's shares have traded below $1.00, prompting a warning letter from the Nasdaq stock exchange.