Ophthalmology and aesthetic laser specialist Iridex is looking at ways to consolidate the fragmented market, as are rivals Cynosure and Cutera. 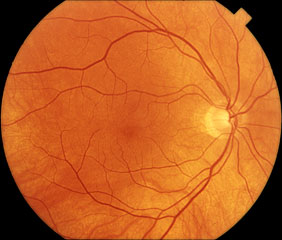 Iridex, the medical laser company based in Mountain View, California, is the latest in the fragmented sector to suggest that more consolidation of the industry is required.

After posting a net income of $0.8 million on sales of $9.9 million in the second quarter of the year, the company stated that it was “looking at other strategic opportunities”, following its recent acquisition of the small private company RetinaLabs.

With investors keen for Iridex to grow business and thereby increase its presence within the financial community, pressure appears to be mounting for the company to initiate a merger or acquisition involving a company of a similar size.

The medical laser industry appears to be ripe for such consolidation, with a large number of relatively small companies vying for market share in applications such as dermatology, ophthalmology and aesthetic procedures.

Peer-group companies such as Cutera, also based in California and focused on laser-based aesthetic procedures, have also suggested that consolidation is in the air. In its recent earnings call, Cutera drew attention to the fact that it had more than $100 million in cash and no debt on its balance sheet, and was looking ways to exploit that financial muscle.

Meanwhile, Cynosure, which is also focused on the aesthetic market, for applications such as hair and tattoo removal, is another to publicly announce its intentions. Cynosure CFO Tim Baker said in the company’s recent earnings call that, with $96 million cash and no debt on the balance sheet, Cynosure was “very active in looking at non-organic opportunities to grow the organization”.

In other words, cash-rich Cynosure is looking at potential acquisition targets. 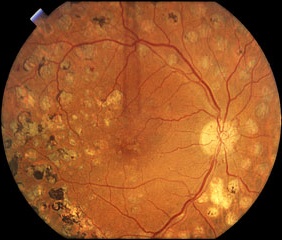 Possible targets
There are a significant number of such targets in the medical laser field. Aside from Cutera and Iridex, possibilities could include dermatology specialist Photomedex, or Biolase, which is focused on dentistry applications. With current market capitalizations of around the $20 million to $25 million mark, either Cynosure or Cutera could snap up both of those companies using existing cash, if desired.

Iridex could itself be a target for acquisition, given its current capitalization of only $32 million.

That valuation has been impacted over the past couple of months, and Iridex CEO Ted Boutacoff stated in the recent earnings call that the company had lost momentum as a result of returning economic uncertainties during May and June this year.

That uncertainty was prompted by the financial problems that spread across mainland Europe at the time, meaning that sales in the quarter were lower than Iridex had previously expected. However, Boutacoff added that despite the “significant” impact, he was now confident of a sustained recovery: “Fortunately, it appears that this was transient,” the CEO said of the crisis.

With the launch of new laser products – among them a green laser for photocoagulation treatment of diabetic retinopathy and age-related macular generation, and a multi-wavelength yellow/infrared system – in the quarter, Iridex appears to be gaining some market traction.

That will be aided by a recent clinical study showing that the company’s lasers can be safely used to improve central vision in those suffering from diabetic macula edema. “[The study] shows that the laser can now be used at an earlier stage of the disease,” Boutacoff said.

While Iridex is certainly making progress, it appears that some investors will be urging the company to grow the business more quickly, through merger activity.