Hesai, which has partnered with Lumentum, to provide sensors for forthcoming electric vehicle. 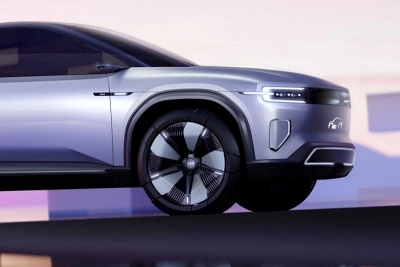 Hesai, the Shanghai-based lidar company, says it has agreed a deal to provide its “AT128” sensors for a new car being built by fellow Chinese firm Changan Automobile.

Based around vertical-cavity surface-emitting laser (VCSEL) arrays emitting at 905 nm, the AT128 units are claimed to have a range of 200 meters (for objects with a reflectivity of 10 per cent).

Lumentum supply deal
One of China’s oldest and largest automobile brands, Changan is said to be transforming itself into a leading provider of electric vehicles, and revealed details of its new “SDA” design of smart cars earlier this year.

“In the future, AT128 will serve as one of the core sensing components in Changan's SDA architecture, continuously empowering Changan's series production vehicles.”

Back in January this year, Hesai revealed details of a supply deal with photonics giant Lumentum, which is one of the world’s largest producers of VCSEL components and arrays.

Hesai added that its new manufacturing center for automotive production would start operations in 2022, with a planned capacity of more than 1 million units and volume shipments of the AT128 for existing design-wins slated to begin before the end of the year. 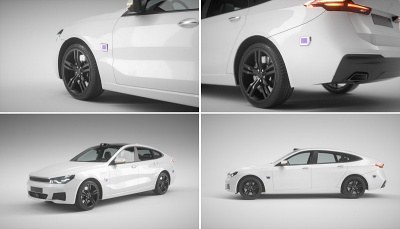 Compact packages
Since then, the company says it has reached a monthly run-rate of 10,000 units, while France-based market analyst Yole Intelligence has ranked Hesai as the leading provider of lidar units for both advanced driver assistance system (ADAS) and “level 4” autonomous vehicle applications.

Packaged inside a format not much larger than a smart phone, the AT128 sensors are also said to consume only 17 W.

Earlier this month Hesai unveiled its new and even more compact “FT120” lidar sensor, which has only a 100 meter range but a wider field of view intended to better perceive objects around a car. It can be incorporated into a variety of positions on the vehicle.

“Combined with the long-range hybrid solid-state lidar AT128, [the FT120] make[s] a complete automotive-grade lidar solution,” said the firm.