The latest ideas and technologies for optical comms have been presented of at this week’s ECOC in Rome. 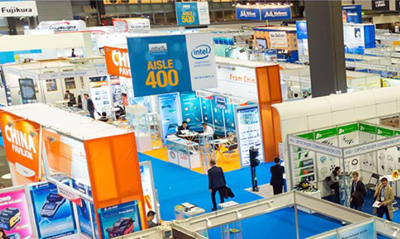 Rome’s Fiera di Roma saw a buzz of activity this week, as the 23rd annual ECOC Exhibition (and associated conference) covered the latest topics from the field of optical communications. On the show floor, the sell-out crowd was presented with a variety of innovative product demos, with many exhibitors showcasing their latest launches at the exhibition.

optics.org has sampled some of the event's key announcements, below; the full conference program can be seen here on its dedicated website and further information from the exhibition can be seen here.

Oclaro announced the availability of its full suite of high-speed lasers intended for access and wireless networks. These lasers include a 25 Gbps and 10 Gbps uncooled industrial-temperature rated Direct Modulated DFB laser chips and new electro-absorption modulated lasers that also service data center applications. The company has recently expanded its production capacity by investing in new wafer fab equipment in its Japan and UK production facilities.

Molex has acquired the business of Nistica, a developer of wavelength-selective switching, with particular distinction in the rapidly emerging segment of high port count WSS. The acquisition will be integrated into the Molex Optical Solutions Group, Financial details were not revealed. The company stated, “With the build-out of 5G wireless networks and the growth in data center traffic, our customers are looking for novel optical solutions at the edge and in the core of optical networks. Nistica’s wavelength management solutions will extend and enhance Molex’s range of solutions for next-generation architectures in the core of metro and long-haul networks.” 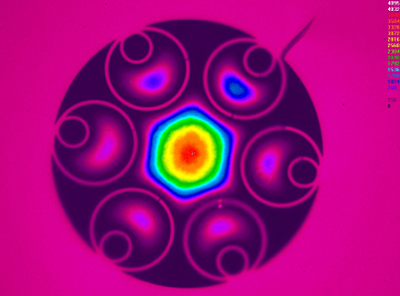 The University of Southampton’s Optoelectronic Research Centre has made a significant breakthrough in hollow-core fiber design. These results have been enabled by a novel structure invented at the ORC, that modelling predicts offers future losses as low as, or better than, standard silica fibers.

The so-called Nested Antiresonant Nodeless hollow-core Fibre (NANF) developed by the Southampton team incorporates an ingenious arrangement of twelve carefully positioned glass capillaries with a wall thickness of 1µm. These tubes surround an empty central region and create a hollow pipe in which the light is guided.

This functionality is host-independent as the protocol is implemented within the optical transceiver. Effect stated that “Auto wavelength tuning simplifies network provisioning and deployment, which is especially useful for large-scale roll-outs of existing and next-generation mobile networks. It also significantly reduces the operational expenditure during the deployment of remote PHY network infrastructure.” 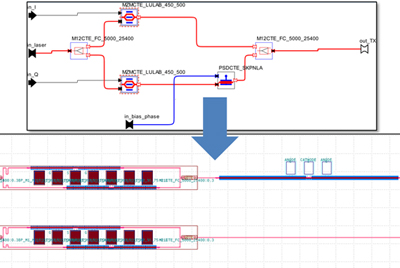 The addition of the Smart PDK to OptSim Circuit, combined with the kit's availability in OptoDesigner, enables the PIC Design Suite to schematically capture and simulate InP-based PIC designs with the Smart PDK building blocks, and then create a SMART-foundry-compatible layout.

Source Photonics and Huawei showcased 50G and 400G optical transceivers based on PAM4 technology. The companies joined the Ethernet Alliance Interoperability Demonstration at ECOC. The demonstration consisted of multiple 400G and 50G links among a range of participating network and test equipment manufacturers including Huawei. The PAM4 technology coupled with faster Baud Rates and higher density transceiver types are enabling 400G, which is known to be key in migrating to higher speed networks.