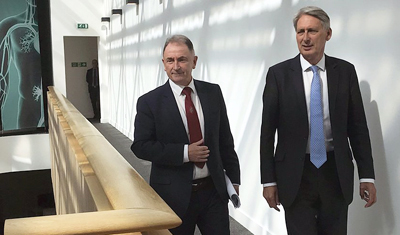 The British Government has announced that more than £80 million ($105 million) will be given to four UK-based world-leading quantum technology development centres over the next five years to create new technologies for diverse applications. Likely target areas range from Internet security to vehicle driving assistance systems as well as life-saving equipment for search-and-rescue missions, and helping firefighters.

Quantum imaging technology is expected to help emergency services get a more accurate image before embarking on rescues. The technology could also see through snowstorms, around corners and map hidden underground hazards. Other applications areas include cryptography for securing internet communications, quantum clocks for time stamping financial transactions and improved satellite communications.

On a visit to the University of Strathclyde, Glasgow, Chancellor of the Exchequer, Philip Hammond said: “The UK is a world leader in quantum technologies, but others are investing hard to catch up with us. The £80 million in new funding will ensure that we remain at the forefront of this exciting technological revolution.”

Chief Executive of UK Research and Innovation, Sir Mark Walport, commented, “This new funding for the Quantum Technologies Programme will provide reassurance to the research base and the industries in the field that the UK is serious about being a world leader in the field and is investing long term.”

Besides Strathclyde, other UK research centers set to benefit from the new funding and their focuses include:

While in Glasgow the Chancellor also announced at least £25 million be made available to UK industry to develop next generation (5G) mobile technology in specific sectors of the economy. 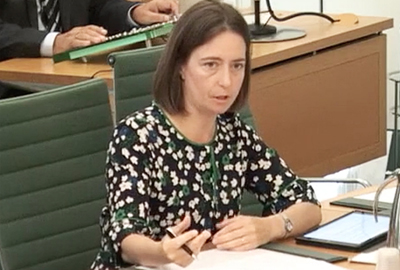 The Quantum Technology Programme had actually been seeking a total new investment of £338 million for its second phase of development following the 2014 Government investment of £270 million into quantum technology research at the universities of Glasgow, York, Birmingham and Oxford.

At the Committee meeting, Carol Monaghan MP, the only member of the UK parliament with a degree in laser physics, asked, “The £80 million announcement from the Chancellor is very welcome but it is far short of the £338 million that had been sought. So when will there be a decision about further funding and what are the factors that will influence that decision?”

Sam Gymiah MP said that the £80 million was a “statement of intent”. “There is potential for further funding from the Industrial Strategy Challenge Fund [ISCF], which is structured around our Grand Challenges, one of which is artificial intelligence and data and quantum technologies, so there is potential more funding from that, depending on the bids. The decisions around ISCF will be made around Budget time [November 2018].”

Sir Mark Walport emphasised that the allocation of further funding would depend on the "quality of the bids".

optics.org subsequently interviewed Professor Sir Peter Knight, chairman of the Quantum Metrology Institute (QMI), about the £80 million funding and whether he was concerned that it was significantly less than what was required to secure the next (second) phase of the UK’s quantum technology research program.

He said, “The £80 million announced last week is new money. We need this to be able to ensure that the universities can retain the key staff on quantum-related research. What we are expecting is a cascade of future funding announcements. 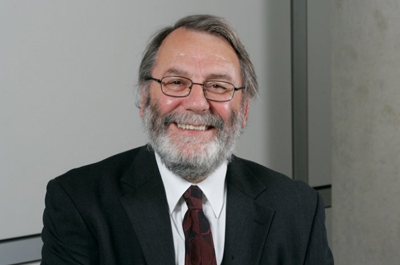 “The next tranche will be focused the interface with industry, but £20m has already been allocated from the Pioneer Program. Also, we are hoping to get a lot more funding in the near future from the ICSF. Companies to benefit from the funding will be the likes of e2v, M Squared, BT and Airbus to name a few.”

“In this November’s Budget, there could be a further announcement of say £200 million or so quantum R&D funding; I have a fair bit of confidence that this will happen.”

“There’s always a fear that the searchlight of government will move on to another target. Quantum technology research and development is in for a long-haul and it appears that the Government understands what we are aiming to do with this program. It’s now looking like we will have a total of at least 10 years worth of funding. A longer term aim is to achieve a buy-in from Government; to persuade it to realize that these issues are very important.”