Researchers at Harvard and Columbia develop system to convert one wavelength of light into another without phase-matching. 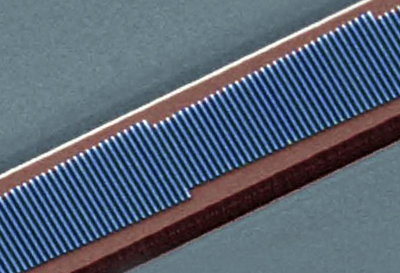 Light at different wavelengths travels at different speeds through a given material but in order for light to be converted between wavelengths, it needs to have the same momentum or phase. A US-based research partnership working on this problem says that “one of the biggest challenges in developing integrated photonic circuits is controlling the momentum of light.”

Many devices have already been designed to momentum-match or phase-match light at various points as it passes throughout an integrated circuit but the team is asking the question: what if the phase-matching process could be circumvented all together in certain cases?

The researchers at the Harvard John A. Paulson School of Engineering and Applied Sciences, together with collaborators from the Fu Foundation School of Engineering and Applied Science at Columbia University, New York, have developed a system to convert one wavelength of light into another without the need to phase-match. The research has been published in Nature Communications.

“For any wavelength conversion process to be efficient, it has to be carefully designed to phase match, and it only works at a single wavelength,” commented Marko Lončar, the Tiantsai Lin Professor of Electrical Engineering at SEAS and senior author of the paper. “The devices shown in our work, in contrast, do not need to satisfy the phase-matching requirement, and can convert light in a broad color range.”

The new converter relies on a metasurface, consisting of an array of silicon nanostructures, integrated into a lithium niobate waveguide. The light passes through waveguide, interacting with the nanostructures along the way. The array of nanostructures act like a TV antenna — receiving the optical signal, manipulating its momentum and re-emitting it back into the waveguide.

“Unlike most metasurfaces, where light travels perpendicularly to the metasurface, here light interacts with the metasurface while being confined inside a waveguide,” said Cheng Wang, co-first author of the paper and postdoctoral fellow at SEAS. “In this way, we take advantage of both the momentum control from the metasurface and a long interaction distance.” 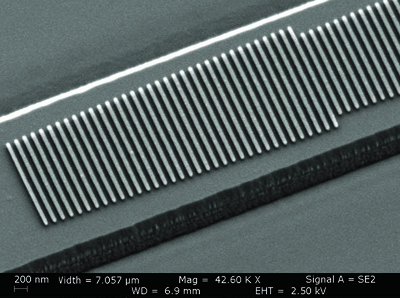 “The integrated metasurface is distinct from other phase-matching mechanisms in that it provides a unidirectional optical momentum to couple optical energy from one to another color components — while inhibiting the inverse process — which is critical for realizing broadband nonlinear conversion,” said Nanfang Yu, assistant professor of applied physics at Columbia and a co-senior author of the paper. “Future work will demonstrate broadband integrated photonic devices based on metasurfaces for realizing other functions such as optical modulation.”