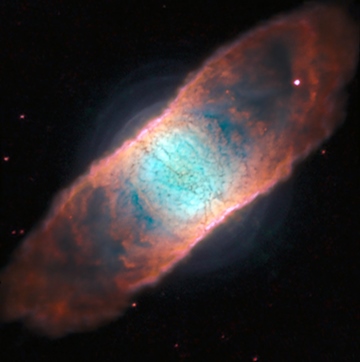 The European Southern Observatory (ESO) says that a new adaptive optics upgrade to one of the instruments that forms part of its Very Large Telescope (VLT) has delivered “spectacular” new views of planetary nebulae and distant galaxies.

The upgrade means that ultra-sharp images of cosmic phenomena can still be collected when “seeing” conditions at the VLT site – at an altitude of 2635 meters in Chile – are far from perfect.

ESO’s adaptive optics system project manager Robin Arsenault said: “The [adaptive optics] system is essentially equivalent to raising the VLT about 900 meters higher in the air, above the most turbulent layer of atmosphere.”

“In the past, if we wanted sharper images, we would have had to find a better site or use a space telescope - but now we can create much better conditions right where we are, for a fraction of the cost!”

A second phase of adaptive correction is also in preparation, and expected to see first light in early 2018. “This narrow-field mode will correct for turbulence at any altitude, allowing observations of smaller fields of view to be made with even higher resolution,” explained ESO.

‘Dream come true’
MUSE project leader Roland Bacon describes the enhancement to the system as a "dream becoming true". He added: "Sixteen years ago, when we proposed building the revolutionary MUSE instrument, our vision was to couple it with another very advanced system, the adaptive optics facility."

The adaptive system corrects for atmospheric distortion by feeding back information from the guide stars and altering the shape of the secondary mirror at a rate of one thousand times per second.

Depending on specific conditions, atmospheric turbulence can vary with altitude, but studies have shown that the majority of atmospheric disturbance occurs in the “ground layer” of the atmosphere, up to 1 km up.

The upgrade helps in particular with imaging very faint objects at the edge of the observable universe that, even with the 8.2 meter diameter VLT, require long exposure times and are susceptible to atmospheric distortion.

Joël Vernet, who works on the MUSE project and the adaptive systems, said: “We are interested in observing the smallest, faintest galaxies at the largest distances. These are galaxies in the making - still in their infancy - and are key to understanding how galaxies form.” 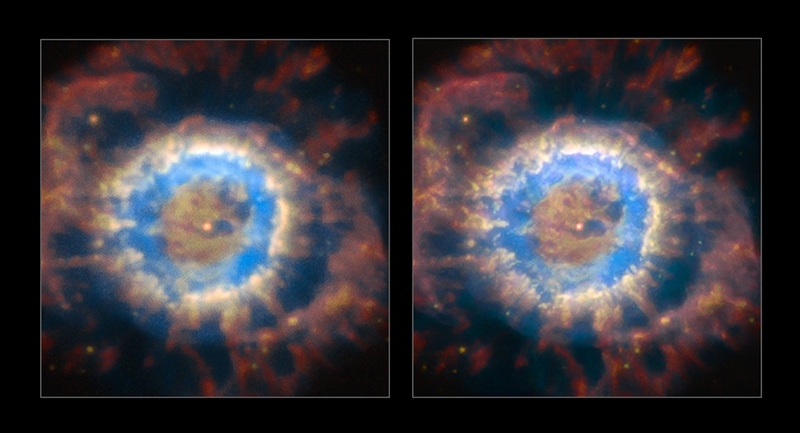 Adaptive upgrade: before (left) and after

Adaptive future
The adaptive optics upgrades at VLT are far from over. ESO says that in the “near future”, another adaptive system known as “GRAAL” will come online to sharpen up images collected by its infrared (K-band) instrument HAWK-I.

That will be followed later by the powerful new instrument ERIS (enhanced resolution imager and spectrograph), which aims to take the sharpest images obtained to date using a single 8 meter class telescope once operational.

ERIS will allow astronomers to study the spin, structure, and content of high-redshift galaxies, the most distant from Earth. It will collect data in the near-infrared spectrum at 3-5 µm, which is said to be a particularly difficult wavelength band to observe from the ground because of excess light interference from the sky.

Meanwhile, the much larger Extremely Large Telescope (ELT) should benefit from the knowledge gained building the new adaptive systems. Arsenault describes the VLT developments as a “pathfinder” for ELT, adding:

“Working on the adaptive optics facility has equipped us - scientists, engineers and industry alike - with invaluable experience and expertise that we will now use to overcome the challenges of building the ELT.”

Currently under construction, the ELT is currently expected to deliver its first imagery in 2024.