2017 saw first annual revenue to exceed $1 billion, up 11% on 2016; but outlook remains uncertain due to customer overstock. 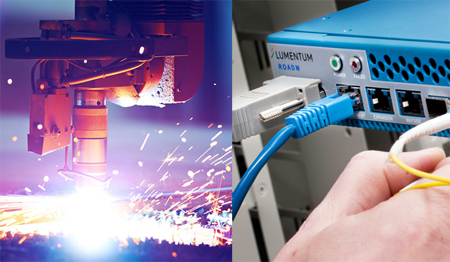 Lumentum, a developer of photonics systems enabling optical networking and for commercial laser customers, has reported (on August 9th) its trading results for its fiscal fourth quarter, and full year, which ended July 1.

One of the more significant figures in its latest financial round-up is that Lumentum’s net revenue for fiscal year 2017 was $1.02bn, the company’s first billion-dollar year – and the firm was only established two years ago following the split of JDSU into Lumentum and Viavi.

Alan Lowe, president and CEO, commented, "In our second fiscal year as a stand-alone public company, we exceeded the $1 billion revenue mark and increased non-GAAP net income by more than 50% year-over-year.

We continue to make excellent progress on our strategic initiatives. Revenue from our 100G QSFP28 transceivers nearly doubled sequentially in the fourth quarter. We began ramping our 3D sensing products to meet our strong customer demand and expect volumes to increase monthly through the end of the calendar year."

In the analysts conference accompanying the release of the results, the generally upbeat CEO Lowe gave more detail on the mixed picture the company faces: “Like many in optical communication industry, we continue to have some near-term headwinds. Demand from China has yet to materially improve. Our Chinese customers continue to consume inventory already purchased.

He added, “As inventories decline to targeted levels of our Chinese customers, demand should return to significantly higher levels than what we have seen over the past two quarters. The timing of this recovery is uncertain.

”Fourth quarter revenues were down 13%, to $222.7m. As highlighted earlier, we had strong QSFP28 demand which was the primary driver of the 28% quarter-on-quarter datacom increase to $50m. 100G datacom grew more than 50% sequentially, and CFP2 sales once again contributed to growth. Looking to the first quarter of fiscal 2018, we expect telecom revenue to soften further as customers continue to burn off inventory.” 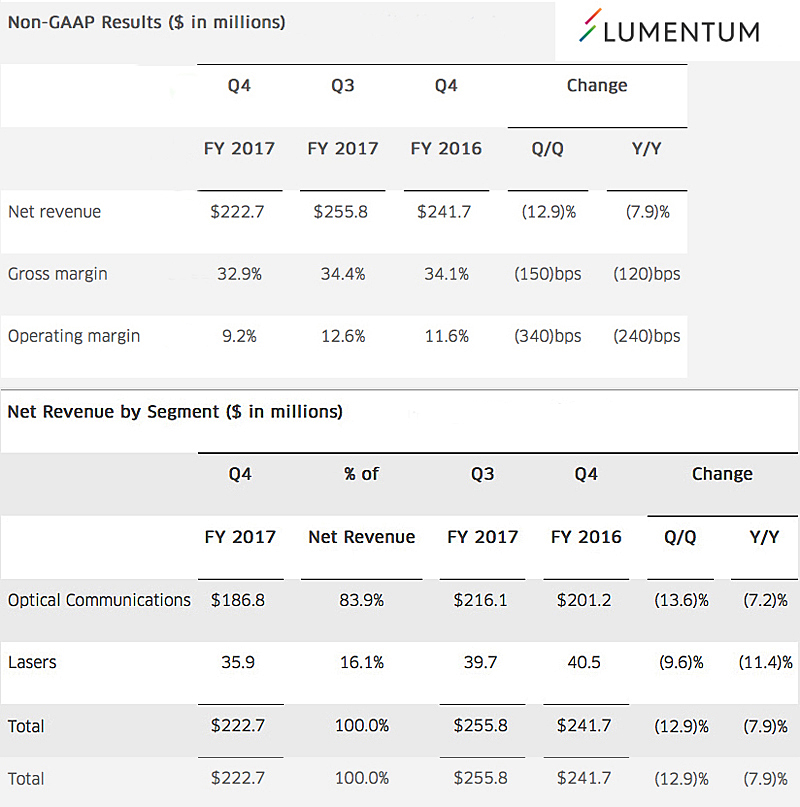