San Diego event hears that as much as 5 TW of photovoltaic power could be deployed by 2030, if the technology can be 'Uberized'. 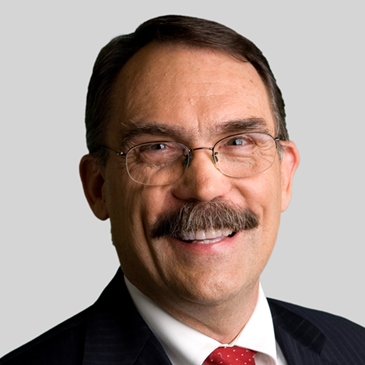 by Ford Burkhart in San Diego
A Washington, DC-based solar energy leader said at this week’s SPIE Optics+Photonics event in San Diego, California, that the future of the US photovoltaics industry is brighter than ever - but also urged flexible and more profitable distribution, something he dubbed the “Uberization of PV.”

“The momentum is unstoppable,” said Charlie Gay, director of the Solar Energy Technology Office at the US Department of Energy and a PV industry veteran. “It’s only going to get better.”

PV: resilient; flexible
In his plenary talk at the “Next Generation Technologies for Solar Energy Conversion VIII” session, Gay noted that the US now has about the same volume of installed PV power as Germany. Both countries have deployed around 36 GW so far.

But he cautioned that there are roadblocks, the main one being integration of solar generation into the wider US grid. Resistance, he said, grows out of old doubts about resilience of solar. “People still think solar is flaky, that it’s off when the sun doesn’t shine, et cetera,” he said. “In fact, it’s actually far more resilient than people appreciate.”

That resilience has been proved by PV systems in Utah that have been at work for 40 years, he pointed out, with Sandia National Laboratories monitoring them. They offer the same output today as when they were installed, Gay added. “Not only can we get cost down, but [we] can also design modules with long life. Predictability is up, and for the investment bankers, that will minimize risk for new technology.”

The inherent flexibility of PV sites to gear distribution up or down is central. “That’s an exciting opportunity to be incorporated into the generation side of the grid … it’s a thrilling opportunity to see the increasing deployment of PV, where you don’t have large things to turn on or off.”

To take a conventional 800 MW power plant off-line is difficult, but PV power plants can respond far more quickly, Gay explained. “That’s a huge advantage that PV has over the alternatives.”

Similarly, a PV system can optimize use of existing wires nationwide. “Instead of just adding more wires for five minutes of needs, we can use the wires in smarter ways,” he said.

‘Uberizing the grid’
In Hawaii, the US state with the largest deployment of PV per capita, customers send back information via fiber-optic cables that lets the grid make use of the power when it will have the most benefit. Commercial buildings also work with providers to offer more flexibility in the load, using high-speed communications.

“It’s all about merging data with electricity,” Gay said. In promoting the “Uberization” of power, he added, there’s value in knowing where the need is, and where the power needs to go. 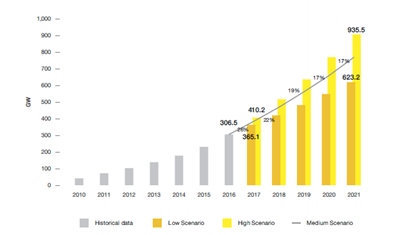 “If we Uberize the grid, we can make smarter use of existing assets,” he added. “That is where the greatest growth potential exists.”

As a result, a new model is emerging for the way that an energy utility does its business. “The speed of change is faster than the arrow of time leads us to believe,” Gay told his San Diego audience. “Customers can buy and sell electricity if it has a value that they are seeking. The customer is changing, but the industry is slow to adapt.”

And just as more electric vehicles will change demand patterns, new applications will work on new ways to manage the distribution of power.

Gay called for greater PV generation closer to where customers live. “PV is at the big kids’ table now,” he said. “The competition is fierce. The biggest swing factor is in the scaling of batteries where economies of scale are most important.”

Another effect of the US solar boom has been significant job creation. One in 50 new jobs in America is in solar, and 1000 new solar jobs are created every week, Gay claimed – adding that he does not see the intermittent nature of the technology, between day and night, as a problem.

“Utilities, especially distribution networks, have been addressing the challenges of non-linear loads for 20 years, and grid operators can deal with variability of solar loads,” he said.

The US National Renewable Energy Laboratory (NREL) has also put together plans to help architects and planners map out where renewable energy sources, including solar, can fit into the wider energy landscape.

NREL’s downloadable “BEopt” (for Building Energy Optimization) software even helps plan installations of elements like windows and heat pumps, and calculates the cost of adding PV power to any system.

He said his research suggests increased use of low-cost single-axis and dual-axis trackers, while an emerging growth area is energy storage at data centers.

Eicke Weber of the Berkeley Education Alliance for Research in Singapore predicted in a third plenary on the sustainable energy topic that solar power would be “a big disruptive development” over the next decade. One key factor will be the development of more efficient crystalline silicon cells, partly through the use of laser processing steps.

By combining several forms of cell formats, he believes that cells with a conversion efficiency in excess of 30 per cent, and perhaps even as high as 35 per cent, are possible.

By 2030, Weber said, “we are looking at a market with installed PV of 3 to 5 terawatts … this is a disruption.

“We will have stable systems for hundreds of years to come, systems that can’t spoil the atmosphere. Let’s do it, and let’s do it as fast as possible.”